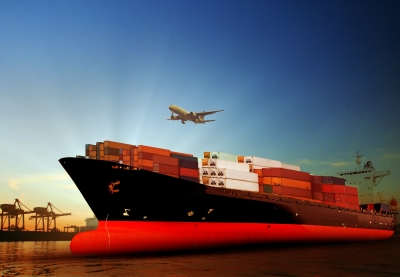 The call was among the top 10 resolutions adopted by the chamber during the 43rd Philippine Business Conference and Exhibit and submitted to President Rodrigo Duterte.

PCCI said this will allow traders, importers, and exporters to choose which foreign shipping lines offer “fair and reasonable” rates.

Shipping charges and surcharges have for years been the topic of many discussions between private stakeholders, and sometimes involving government agencies as well.

In asking DTI to regulate freight costs, CCBI stated this was to “shield the importers and traders from unreasonable whimsical charges imposed by the shipping lines and freight forwarders and to promote transparency on the transport costs of sea carriage.”

In 2015, DTI had planned to review the Maritime Industry Authority’s mandate in order to check the legal basis for regulating foreign shipping lines’ charges. The plan did not push through.

Further, the Export Development Council-Networking Committee on Transportation and Logistics (EDC-NCTL) conducted research on foreign shipping lines’ charges after the issue was raised to the committee last February.

In a CCBI forum on June 6, EDC-NCTL chairman Dr. Enrico Basilio said they conducted meetings and forums across the country to determine if such charges were a national concern, with a view to elevating it to the national government.

The result showed the issue “is something that is felt and experienced in the entire country,” he said.

Basilio, during the forum, cited a decree issued by the Vietnamese government in November last year, which directs all foreign shipping lines calling the country to publicize their fees and surcharges by July 1, 2017. The measure is seen to ease the burden of high and varied shipping fees imposed by shipping lines on importers and exporters, and to promote competition.

Basilio also noted reports of the decline in shipping charges in China after the government conducted probes into terminal handling charges.

Aside from the publication of shipping line charges, PCCI is also asking DOTr and the Philippine Ports Authority to rehabilitate and expand Philippines port to upgrade them to international standards and ensure the full implementation of Republic Act (RA) No. 10668, or the Foreign Ships Co-Loading Act. The act allows foreign vessels to transport Customs-cleared foreign cargoes to multiple Philippine ports in order to cut logistics costs.

RA 10668 is seen to eliminate costs incurred by shippers who have to pay domestic carriers to conduct domestic transhipment of their import and export cargoes, since foreign vessels are still barred from domestic waters. These costs include hauling fees for transporting goods from the Manila International Container Terminal or Manila South Harbor to Manila North Harbor, cargo handling charges paid by importer-manufacturers to discharge and loading ports, and underguarding fees collected by the Bureau of Customs.

PCCI is also urging Congress to enact a law granting emergency powers to the President to resolve the transportation and congestion crisis in Metro Manila and other highly urbanized areas.

The group also wants concerned government agencies to fast-track the expansion of Clark International Airport, construction of the New Cebu International Container Port, expansion of the ports of Batangas and Subic, and implementation of the Palawan-Kudat (Malaysia) Roll-on/Roll-off connectivity project. – Roumina Pablo