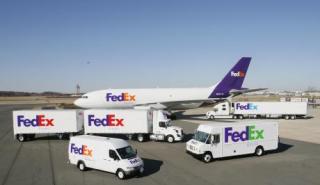 Tennessee-based FedEx Corp. reported a net income of US$361 million for the third quarter ended February 28, down 31 percent from $521 million year-over-year, as the logistics giant announced plans to cut capacity in the Far East trade from April.

The decline in profitability reflects the accelerating shift in demand from air express to cheaper and slower shipping modes and the decline in global exports, said an official statement from the firm, regarded as a global economic bellwether.

Other setbacks for the quarter were the cost of the company’s voluntary buyout program for some U.S. officers and managing directors as well as the fewer operating days in each transportation segment.

FedEx Express, the company’s air express arm, saw its operating income plunge 66 percent to $118 million in the third quarter from $349 million a year ago. The segment, the group’s biggest revenue contributor, was hit by the growing customer preference for cheaper ocean shipping over the more expensive overnight shipment by air.

Smith disclosed that from April 1, FedEx Express “will decrease capacity to and from Asia and will aggressively manage traffic flows to place low-yielding traffic in lower-cost networks.” He added that they also intend to retire more of their older, less-efficient aircraft as they continue to remain focused on cost reduction.

FedEx projects earnings per share in its fiscal fourth quarter to fall to as low as $1.90, excluding realignment costs, lower than the $1.99 per share a year earlier.