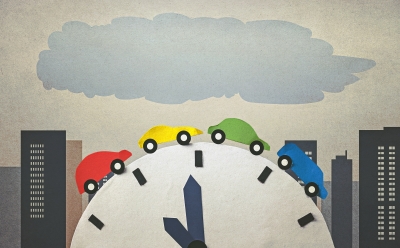 The Metropolitan Manila Development Authority (MMDA) is warning motorists and commuters of more than the usual traffic in areas affected by the rehabilitation of two major bridges and one flyover in Manila City.

“The Old Sta. Mesa Bridge that connects San Juan and Manila cities will be closed for seven months,” Garcia said in a press briefing on September 6.

The reconstruction of the bridge is to give way to the ongoing construction of Skyway Stage 3 Project, an elevated expressway that will connect the cities of Makati and Quezon, the official explained.

“The bridge along N. Domingo Street has to be demolished so that barges that will carry equipment for the Skyway 3 Project can pass the waterway,” Garcia explained.

Meanwhile, repair works for the Mabini Bridge and Nagtahan flyover will last for four months. Re-blocking works on the bridge and flyover involve asphalt overlay and electrical works per lane for 120 days. An average of 37,000 vehicles traverse the area daily.

Contractors are allowed to work only during night-time, from 11 p.m. to 5 a.m., MMDA said.
Garcia admitted that the projects will worsen traffic in Metro Manila, prodding the agency to intensify clearing operations on major thoroughfares and alternative routes (Mabuhay Lanes).

He advises motorists and commuters residing in Manila to allot a longer travel time going to their destination with the impending restoration of the two bridges during the last months of the year when traffic is heavy.

To intensify their campaign against illegal parking, Garcia said they will declare designated alternate routes as “no parking zones.”

“No vehicle would be allowed to park on alternate roads during daytime,” said Garcia.

He warned that vehicle owners will receive a citation ticket for illegal parking should they defy the 6 a.m. to 9 p.m. “no parking rule.”

Image courtesy of winnond at FreeDigitalPhotos.net