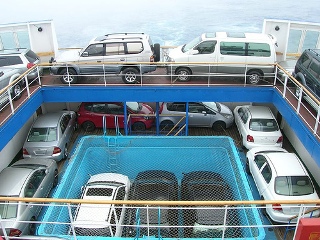 A private, research and advisory institute is advocating the amendment of Executive Order 170 to include the use of chassis-roll on-roll off (cha-ro) in ro-ro shipping.

Issued during the term of President Gloria Macapagal-Arroyo, EO 170 promotes private sector participation and investment in the development and operation of the ro-ro terminal system. But under the EO, ro-ro operation is limited to the loading and discharging of self-powered vehicles, such as cars and trucks, on their own wheels by their owners or drivers between vessel and shore via a ramp.

“Government should issue another order amending EO 170 to expand the ro-ro policy definition to include the trailer-chassis system as part of the ro-ro service,” Ronilo Balbieran team leader of Research, Education and Institutional Development Foundation (REID) told delegates at last week’s Supply Chain Management Association of the Philippines conference and exhibition.

REID is one of the proponents of the ASEAN Ro-Ro and Philippines-China Ro-Ro projects. The latter has identified Batangas as the Philippine port to which China will be connected.
“The new order should also contain support for Philippine initiative of promoting ro-ro shipping in ASEAN as well as extend its benefits further to domestic ro-ro operations,” Balbieran said.

“Once included, it will also maximize the use of other Philippine international ports particularly Batangas,” he added.

During the state visit of President Benigno Aquino III to China last month, the Philippines and China explored a ro-ro connection patterned after the China-Japan Ro-Ro project.
Aside from Batangas, the Philippines is looking at linking Subic Bay to Shenzhen, China.
ASEAN last year bared a master plan on connectivity that includes a Philippine proposal for a nautical highway system similar to the country’s roll-on-roll-off system. The proposal is part of efforts to integrate ASEAN economies by 2015.

Among routes that could be included under ASEAN regional connectivity are Subic to Shenzhen and Da Nang in Vietnam; Zamboanga to Sandakan and Labuan in Malaysia and Singapore; Davao to Manado in Indonesia as well as a connection from Palawan to Labuan and Singapore.