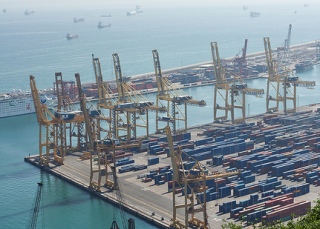 The European Shippers’ Council (ESC) is calling for a probe into “apparently co-ordinated moves” by ocean liners in blanking previously set sailings on the Asia-Europe trade lane, supposedly in an attempt by the shipowners to ensure that scheduled rate hikes push through.

The council has asked the European Commission (EC) to investigate whether ocean carriers on the Far East-Europe loop are engaging in antitrust actions to enforce huge freight rate increases early next year.

In asking for the probe, the ESC cited the simultaneous application of slow-steaming conditions and instant service reduction by top shipping companies over the past couple of years as examples of these coordinated moves.

Over the last few weeks, shipping lines have announced a series of significant rate recovery programs on the trade from January and February 2013, saying their current rates are unable to cover basic operating costs.

The ESC statement followed the Asian Shippers’ Council’s call in November for urgent reforms to maritime regulations in Asia amid the “incomprehensible” freight rate hikes being imposed by global shipping lines.

The ASC voiced suspicions that “shipping lines are collectively reducing ship supply to push up freight rates, which is in direct contravention of the European Union anti-trust regulations.”