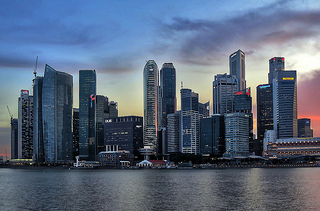 Singapore and the European Union (EU) have completed final negotiations on a bilateral free trade agreement (FTA) that will promote business cooperation between the two regions.

In an official press release, the EU said the EU-Singapore FTA (EUSFTA) is one of the most comprehensive it has ever negotiated and comes second to the EU-Korea FTA, which has been in effect since July 2011. It said both FTA campaigns are part of European efforts to link up with key Asian trading partners, particularly Association of Southeast Asian Nations (ASEAN) member-economies.

“Singapore is a dynamic market for EU companies and is a vital hub for doing business across Southeast Asia. This agreement is key to unlocking the gateway to the region and can be a catalyst for growth for EU exporters,” said EU Trade Commissioner Karel De Gucht.

She added: “After our agreement with South Korea, sealing this deal with Singapore clearly puts the EU on the map in Asia. But we do not intend to stop here—I hope it will open the doors for FTAs with other countries in the ASEAN region.”

Negotiations between the EU and Singapore on a free trade agreement started in March 2010. Once signed, the agreement will create new business opportunities for both sides, provide greater access to each other’s markets, cut down on red tape, and eliminate tariffs on nearly all goods.

The FTA with Singapore will be the EU’s first agreement with a member of the 10-nation ASEAN. FTA negotiations with Malaysia and Vietnam are already under way, while preparatory talks continue with other ASEAN nations, the EU said.

Both the EU and Singapore will now seek approval for the deal from their respective political authorities and foresee signing the draft agreement in spring 2013.