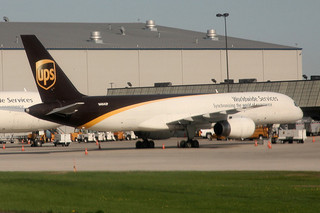 A stronger than expected post-holiday season in January lifted United Parcel Service’s first quarter earnings to US$1.04 billion, or $1.08 a share, up from $970 million, or $1 a share, from the same quarter a year earlier.

The Atlanta-based parcel giant said the strong quarter showing came as customers availed themselves of UPS’s e-commerce offerings after the holiday break and its domestic business posted a strong revenue growth.

Consolidated revenue rose 2.3 percent to $13.43 billion. For the three months ended March 31, 2013, UPS delivered 16.2 million packages per day, an increase of 4.1 percent over the prior-year period.

Additionally, UPS reaffirmed its full-year 2013 guidance for adjusted diluted earnings per share, an increase of 6 to 12 percent over 2012 adjusted results.

“January started strong, benefiting from the post-holiday season. The pace of growth for the remainder of the quarter was in line with our expectations,” said Kurt Kuehn, UPS chief financial officer. “Although macro uncertainty remains, we are reaffirming our 2013 guidance for full year adjusted diluted earnings per share to be within a range of $4.80 to $5.06.”