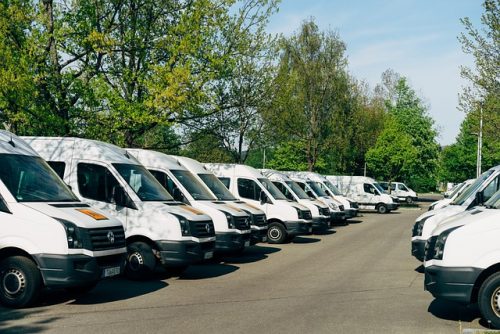 DTI moved to impose the safeguard duties after determining that increased importation of passenger cars and light commercial vehicles is a substantial cause of serious injury to the domestic motor vehicle manufacturing industry.

The agency undertook the preliminary determination for safeguard measures upon a petition filed by the Philippine Metalworkers Alliance (PMA).

DTI’s preliminary determination also found that critical circumstances exist where delay in imposing the measure would cause the industry damage which would be difficult to repair.

“The Philippines has one of the most open markets relative to our ASEAN (Association of Southeast Asian Nations) neighbors. While we generally do not restrict products coming into the market, we also need to ensure the level playing field for our local industry,” Trade Secretary Ramon Lopez said in a statement.

Lopez added that the provisional safeguard measures will provide “a breathing space to the domestic industry which has been facing a surge in importation of competing brands.”

He clarified that importation will not be banned and consumers may still choose imported models, but those vehicles covered by the rule “shall have safeguard import duties.”

“With that being said, it will also facilitate the structural adjustment of the local industry to be more cost-efficient and technologically advanced,” he explained.

The provisional safeguard measures take effect for 200 days from the issuance of an order by the Commissioner of Customs and while the case is under formal investigation by the Tariff Commission (TC).

Under Republic Act No. 8800, or the Safeguard Measures Act, any person, whether natural or juridical, belonging to or representing a domestic industry may file with the DTI secretary a verified petition requesting action to remedy the serious injury to the domestic industry caused by increased imports of a like or directly substitutable product.

DTI noted that in this case, the petitioner is PMA, which is a national union of automotive, iron and steel, electronics, and electrical sectors, including affiliates composed of key players in the automotive industry.

The market share of domestic passenger cars’ sales contracted to a range of 22% to 25%, while the share of imports captured more than 70% of the market.

The domestic industry lost sales even as the market grew. Further, data from the Philippine Statistics Authority showed that employment in the motor vehicle manufacturing sector, which includes the manufacture of motor vehicles, bodies, parts, and accessories, decreased by 8% in 2018 compared to the 2017 level of 90,275 jobs.

“Safeguards are imposed to protect local manufacturers and producers and to prevent other companies from leaving the country,” Lopez said. He recalled how local jobs and the Philippine economy were affected when Isuzu D-Max discontinued production in July 2019 and by the closure of the assembly plant of Honda Motors Philippines in the first quarter of 2020.

Overall, DTI said, the domestic industry suffered declining market shares, sales, and employment even as inventories accumulated. It also sustained increasing losses over the period that affected its cash flows and ability to invest. It also has been faced with excess and increasing production capacity in countries such as Thailand, Indonesia, and China.

Records of the case will be forwarded to the TC for formal investigation including public hearings in the next several weeks, after which the Commission will submit its findings and recommendations to the DTI secretary.