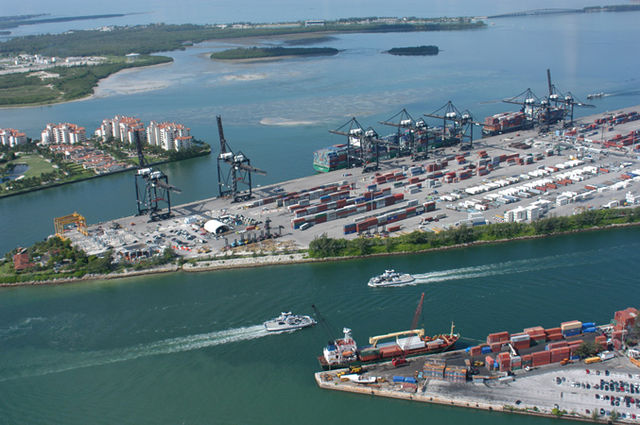 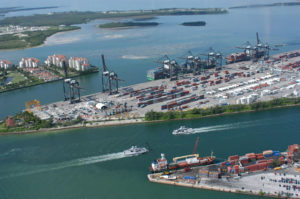 Global shipping consultancy Drewry has downgraded its forecast for global port throughput growth in 2019 to 3.0%, totaling 806 million TEUs, from its previous prediction of 3.9%.

In its recently published “Container Forecaster,” Drewry said the downgrade comes as today’s container market confronts more than its fair share of headwinds and “existential fears” start to present themselves.

Drewry highlighted concerns of a slowing global economy stoked by the ongoing U.S.-China trade war, escalating geo-political tension in many regions of the world, and an industry grappling with challenging new emission regulations.

“Beyond these, however, a series of existential fears are also beginning to present themselves that could dent demand for shipping in the future,” it said. These are the regionalization of manufacturing supply chains and growing momentum behind a low-carbon, environment-first campaign that has the potential to fundamentally change global consumption habits.

“We remain confident that world trade will rebound in 2020, but much will depend on developments outside of carriers’ control,” said Simon Heaney, senior manager, container research at Drewry and editor of the report.

“Further spreading of protectionist policies could stunt growth, particularly if the US aims its tariff target at other trading partners,” Heaney said.

However, there could be some upside for trade if more manufacturing production is relocated outside of China, he said.

“The Asian export powerhouse has progressively reduced its requirement for foreign inputs, choking off demand for intermediate goods, so any shift to less self-reliant economies should give trade a bit of a kick-start.”

In such unpredictable times, Drewry believes the risk of temporary supply disruption is heightened.

Pointing to the trans-Pacific market, it observed that differences of opinion over the strength of the third-quarter peak season have led to divergent strategies from carriers. Some lines are placing extra loaders into the trade, indicating they expect a repeat of last year’s cargo rush, while others are more circumspect, announcing blanked sailings to protect load factors and spot freight rates.

“Carriers can be forgiven for not having all of the answers in such times. One suspects that even Nostradamus would throw his hands up in despair; such is the volatility of the leading characters. There will undoubtedly be some errors along the way and the risk of temporary supply issues has undoubtedly been raised, either from too many cancelled sailings or misplaced capacity transfers between trades,” said Heaney.

Planting of trees or mangroves required by Philippine Ports Authority for the issuance of accreditation, certificate of registration, appointment, or award/renewal/extension of contract ...
Read more
Breaking News

The Bureau of Customs (BOC) has begun preparations to facilitate entry of approved COVID-19 vaccines into the country BOC collection districts are coordinating...
Read more