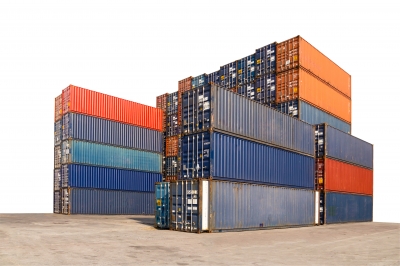 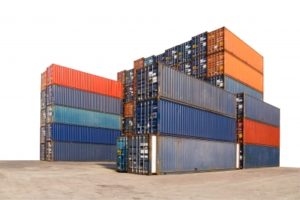 The draft customs administrative order (CAO) governing the processing of abandoned goods at Philippine gateways has been released by the Department of Finance (DOF) and Bureau of Customs (BOC). Among its key provisions is the shortened period for declaring unclaimed goods as abandoned.

The draft CAO will implement Sections 1129 and 1130 and other relevant provisions of Republic Act No. 10863, or the Customs Modernization and Tariff Act (CMTA), covering all imported goods for consumption, warehousing, or admission.

BOC will accept position papers on the draft CAO until December 1 and hold a public hearing on the same date. This is the 11th draft CAO issued by DOF and BOC on implementing the guidelines of the CMTA awaiting approval.

Under the draft, goods declaration must be lodged within 15 calendar days of the date of discharge of the last package from the vessel or aircraft. The period may be extended by the district collector by another 15 calendar days upon request.

Before the CMTA was signed into law last year, a shipment was declared abandoned after 30 calendar days.

The draft CAO states that assessed duties, taxes, and other charges must be paid within 15 calendar days of notice of final assessment.

The imported goods must be claimed within 30 calendar days from payment of the assessed duties, taxes and other charges. Otherwise, the arrastre or warehouse operator will report the unclaimed goods to the district collector for disposition.

There are two kinds of abandonment—express and implied.

It also applies to goods that are subject to an alert order, where the interested party fails to pay the assessed duties, taxes, and other charges within 15 calendar days of notification by BOC.

Another case of implied abandonment is if the interested party fails to claim the goods, unless covered by an alert order, after 30 calendar days of paying finally assessed duties, taxes, and other charges.

Also considered abandoned is imported baggage or postal items that travellers or postal consignees fail to claim after 30 calendar days of notice by the collector.

Goods are also deemed abandoned if after one year of arrival at the customs bonded warehouse, or three months in the case of perishable goods, the warehouse operator fails to withdraw the goods. The storage period for perishable goods may be extended for another three months upon approval by the authorities.

Goods are likewise implied abandoned if after 30 calendar days of notice, the interested party fails or refuses to mark the goods as required under Section 710 of the CMTA.

Expressly abandoned goods will be deemed government property—all interests and property rights over them are deemed renounced by the importer or consignee.

A new feature under the CMTA is that the proceeds of the sale of goods implied abandoned and sold by BOC, although no offense has been discovered against the goods or their importer, will be turned over to the importer after deduction of duty and tax and all other charges and expenses incurred, as provided in Section 1143 of the CMTA.

If this is not possible, proceeds from the sale shall be held for disposal by the auction division or equivalent office for 30 calendar days from payment of the auction price.

Should the period lapse, the balance between the auction price and the duties, taxes, and other charges will be transferred to the forfeiture fund as provided in Section 1151 of the CMTA. This, however, does not apply to alerted and seized imported goods which are ruled liable for forfeiture despite expressed or implied abandonment.

A customs memorandum order (CMO) shall be issued to outline the abandonment and extension for lodgement or filing of goods declaration procedures. The CMO will provide measures to ensure abandoned articles are properly accounted for and monitored.

BOC will implement the provisions of this CAO until a system for admitting and storing electronic commercial documents, including methodologies for authentication, and electronic posting or sending of notices, has been set up.

The Management Information and System Technology Group will devise an ICT-enabled system for reporting and monitoring of abandoned shipments. – Roumina Pablo

Chinese medicines worth about P1.5 million were apprehended at a storage facility in Pasay City The January 14 raid revealed a makeshift clinic...
Read more