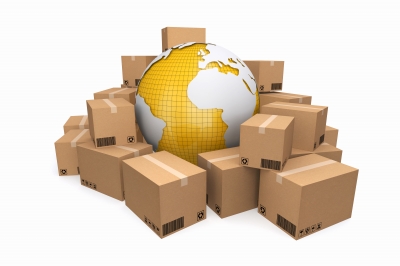 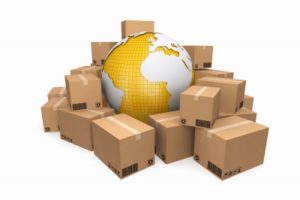 A draft customs administrative order (CAO) governing the consolidated shipment of duty- and tax-free balikbayan boxes (personal effects from overseas Filipino workers) and increasing their tax exemption is up for public consultation on November 3, with positions papers accepted until then.

This was announced by the Department of Finance (DOF) and the Bureau of Customs (BOC) as they released the initial CAO that will implement the new rules and increase the allowable duty and tax-free value on balikbayan box shipments, a stipulation of the new Customs Modernization and Tariff Act (CMTA).

The draft CAO implements Section 800 (g), Chapter 1, Title VIII; Section 423, Chapter 3, Title IV; and other related provisions of Republic Act No. 10863, otherwise known as CMTA. It is the fifth draft order to be released regarding implementing the provisions of the new law.

It covers bringing in or sending balikbayan boxes by “qualified Filipinos while abroad” to families or relatives in the Philippines through any port of entry in the country.

Under the proposed rule, a balikbayan box is defined as a corrugated box or other container or receptacle containing personal and household effects that are neither in commercial quantity nor intended for barter, sale, or hire, sent by qualified Filipinos while abroad and often shipped by sea or air by freight forwarders specializing in balikbayan boxes.

A qualified Filipino while abroad represents any Filipino resident of the Philippines, overseas Filipino workers (OFWs), or other Filipinos while residing abroad.

Qualified Filipinos while abroad are allowed to bring in or send to their families or relatives in the Philippines up to three times in a calendar year these balikbayan boxes that are exempt from duties and taxes. This, the draft CAO says, is provided that the boxes brought in as accompanied or unaccompanied baggage are included in counting the availment. Provided further that the de minimis importation of P10,000 will not be included in the counting. A shipment above P10,000 is automatically considered as one availment, the draft said.

In a recent order, the BOC raised the de minimis threshold upon which imports will not be subject to duties and taxes to P10,000 from P10.

Balikbayan boxes should contain personal and household effects only and should not be in commercial quantities or intended for barter, sale or for hire, according to the draft order. What’s more, the total FCA value for all balikbayan boxes per sender should not exceed P150,000 in any calendar year. This is an increase from the old law’s P10,000 exemption. BOC will be establishing a monitoring system to ensure the new exemption limit is followed.

The agency will also coordinate with concerned government agencies as well as consolidators abroad through their local agents in establishing a registration system and/or database of de-consolidators, qualified Filipinos while abroad, as well as their respective families and relatives as ultimate recipients or consignees, who may enjoy the benefits of such exemption.

As far as practicable, ICT is to be used in processing, monitoring and controlling the entry of balikbayan boxes.

To avail of the tax and duty exemption pursuant to Section 800 (g) of the CMTA, a processing fee of P300 (which includes the legal research fee of P10) will be collected per house bill of lading/house airway bill.

De-consolidators will be responsible for electronically submitting the consolidated cargo manifest and information sheet within 24 hours of vessel departure from port of loading for sea travel, or not later than the time of arrival of the carrying aircraft.

The de-consolidator is required to post an annual performance bond of P50 million to cover the various charges to be incurred in the event of abandonment.

Within one year of the effectivity of the CAO, each de-consolidator must establish its own customs facility and warehouse (CFW) equipped with CCTV cameras and baggage x-ray machines and other equipment that may be required by BOC in order to examine the goods.

If the de-consolidator fails to comply with its CAO obligations and to lodge the required goods declaration within the prescribed period, BOC may be compelled to conduct a rigid procedure in clearing and releasing the consolidated balikbayan shipments. It may also impose—aside from the penalties provided under Title XIV of the CMTA—these sanctions: first offense, warning; second offense, penalty of P100,000; third offense, P200,000; and subsequent offenses, P300,000 per offense.

BOC will issue a customs memorandum order on additional regulations encompassing balikbayan box shipments while the CAO is up for review and revision, if necessary, every three years. – Roumina Pablo

Image courtesy of yodiyim at FreeDigitalPhotos.net