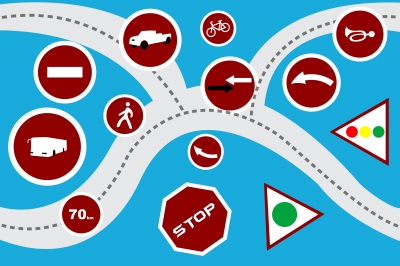 The Department of Transportation (DOTr) said it needs an estimated initial budget of P3.859 billion for its proposed maritime projects, stressing that these can be carried out more quickly if Congress grants the emergency powers the government seeks.

In a letter recently submitted to Senator Grace Poe, chairman of the Senate Committee on Public Services, DOTr Secretary Arthur Tugade listed the projects the department plans to implement to solve the transport and traffic problems. Also submitted was the draft bill that will grant the emergency powers.

Proposed budget sources for the transport programs include the general appropriations and public-private partnership funds.

The biggest budget for a single project under the maritime sector is allocated for the P2.9-billion Pasig River Inland Ferry System, an initiative of the Philippine Ports Authority (PPA) to rehabilitate the existing five ferry terminals and construct three new ones.

The project aims to establish a sustainable ferry system from Plaza Mexico in Manila to San Joaquin, Pasig using an estimated 20 ferries to transport an initial volume of 5.8 million passengers per year.

DOTr said that without emergency powers, completion of the project will be “uncertain due to possible TROs (temporary restraining orders) and injunctions by losing bidders.” With emergency powers, it will only take 11 months to complete.

The department added that the special power will address the need to redefine the port delineation of Port of Manila to include specific locations along the Pasig River, firm up institutional requirements for the delineation, and lift the National Economic and Development Authority requirement for budgetary amounts that exceed the present prescribed ceiling. The emergency power will also be used to clear obstructions along the Pasig River.

Proposed projects under the Maritime Industry Authority (Marina) include the phase-out of wood-hulled vessels and retirement/replacement programs to modernize the roll-on/roll-off (RORO) fleet of the country.

DOTr did not indicate a budget for the phase-out of the wood-hulled passenger  vessels, but noted that if given emergency powers, the program can be finished within six months to one year as opposed to an “indefinite (timeline) due to resistance from the stakeholders because of lack of financial assistance (to refleet).”

As for the RORO fleet modernization, the transport department estimates a P280-million budget requirement to replace old ships covered by the mandatory vessel retirement/replacement program, with Marina providing budget assistance through other government financing institutions.

DOTr is exploring several aspects of the program, which include a mandatory age restriction on the importation of RORO vessels; a mandatory retirement age for vessels; and incentives to encourage retirement or replacement of vessels with brand-new ones or those 20 years and below.

DOTr said that with emergency powers, the program has an implementation timeline of two years.

Another P10 million is being proposed to train and certify inspectors, auditors, and investigators of Marina. Also suggested, but without a specified budget, is the creation of Marina regional offices in areas where there is a Philippine Coast Guard office. Both projects, if undertaken without the emergency powers, have indefinite timelines depending on budget availability.

The reorganization is part of the agency’s broad mandate and will mainly feature clustering of services into one office, transferring of divisions to appropriate service units, and creating new ones for a rationalized structure. DOTr said this could be done within three to six months with emergency powers in place.

Another P25 million will be used to computerize the functions of Marina, and another P44 million to procure watercraft and equipment for a quick reaction and coordination office radio station.

Under DOTr’s draft emergency powers bill, the proposed Traffic Crisis Manager “may modify, amend, or expand the functions of Philippine Ports Authority and Maritime Industry Authority, and override their permits and licenses, as well as relevant rules and procedures.”

The Traffic Crisis Manager may also implement measures as may be required, including the expansion of Manila Port’s capacity to receive cargo; shift of international container traffic to Batangas and Subic ports; staffing of Batangas and Subic ports with sufficient Bureau of Customs (BOC) and PPA personnel; and provision of cargo-handling equipment, berth and container yard capacities commensurate to the volume of cargo and transaction targeted to be diverted from Port of Manila.

Additionally, the Traffic Crisis Manager may also call for the construction of a new and large deep-sea port outside of Metro Manila to be identified under the emergency powers plan, and the adoption of a rationalization plan for future port development and investment programs for ports in the NCR, Central Luzon, and Southern Tagalog Region.

Both houses of Congress plan to form technical working groups to consolidate all bills granting emergency powers filed by lawmakers, and to scrutinize the proposals in the final draft. The emergency powers will only be implemented for a limited period of two or three years from approval.

Senator Poe said a committee report on the bill may be ready for submission by November.