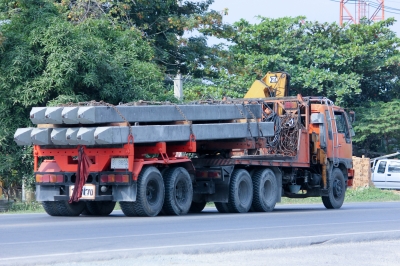 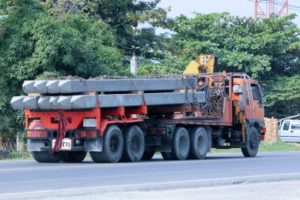 Trucking organizations are seeking a dialogue with government to discuss a new order by the Philippine Department of Transportation (DOTr) that effectively imposes a 15-year age limit on trucks-for-hire, saying no consultation was held for the order that stands to impact truckers’ operations greatly.

Department Order (DO) No. 2017-09 signed by Transportation Secretary Arthur Tugade, reinforces DO 2002-030 on the matter of a mandatory age limit for buses- and trucks-for-hire covered by a certificate of public convenience (CPC).

While the order is dated April 24, truckers complained they only recently secured copies recently and that no public consultation or notice to stakeholders was made before the order was issued.

DO 2017-09 states that the DOTr reiterates DO 2002-030 and “strengthens the policy on the mandatory fifteen (15) year age limit of public utility buses (PUB) units or Trucks for Hire (TFH) which are covered by Certificate of Convenience (CPC) by requiring the submission of Certificate of Date of Manufacture from the original manufacturer such as Sales Invoice, or other competent documents to prove the age of motor vehicle.”

According to DO 2002-030, “no unit shall be the subject of a new application for franchise, for extension of validity of Certificate of Public Convenience (CPC), for substitution of unit, and for increase of number of units, if said unit is more than the minimum age requirement as specified below by the time of expiration of the covering CPC.”

It adds that buses and mini-buses should not be more than 15 years old, the age reckoned from the date of manufacture of the vehicles.

DOTr-attached agencies Land Transportation Office (LTO) and Land Transportation Franchising and Regulatory Board are required to issue a joint memorandum circular (JMC) within 30 days of effectivity of DO 2017-09 to implement the mandate of the policy within their respective jurisdiction, “taking into consideration a reasonable period for the smooth and proper implementation of this Department Order.”

As of July 14, however, there is still no signed JMC, yet there are already reports of non-renewal of CPCs for trucks beyond the age limit specified by DO 2017-09.

“From what I heard, LTO now refuses to inspect vehicles that are covered by the department order so since they don’t do inspection, that means you cannot proceed with the registration,” Confederation of Truckers Association of the Philippines (CTAP) director Alberto Suansing told PortCalls in a chance interview on July 14.

Integrated North Harbor Haulers and Truckers Association (INHTA) president Teodorico Gervacio, also in a chance interview with PortCalls on July 14, said they have yet to check if DO 2002-030, which is the basis for DO 2017-09, covers trucks-for-hire or just buses. PortCalls has requested a copy of the DO, issued in 2002, but has yet to secure one as of press time.

CTAP members will also meet this week to discuss the order and “how to go about [handling] it.”

CTAP’s Suansing said what truckers are really looking for is “to sit down with the government and thresh out all these things.”

Suansing said he would advise other trucking organizations, all of which he noted have the same sentiments on the matter, to make an appeal with the DOTr and offer an alternative solution, this being to look instead at the vehicle’s roadworthiness.

He noted that the DO will affect majority of the country’s current truck fleet, since around 70% of the total are more than 15 years old.

He stressed that the 30% that would remain is not enough to meet current demand.

DO 2017-09 declares that the year model of the motor vehicle stated in the certificate of registration issued by the LTO is prima facie presumed to be the year of manufacture when an applicant files for a CPC.

“Any alteration, falsification, or forgery of the Certificate of Registration with respect to the date of manufacture, or defacing or tampering with a serial number or year model on the motor vehicle engine, engine block, or chassis, shall create a presumption that the subject motor vehicle is beyond the mandatory fifteen (15) year age limit of buses and trucks, and shall be a ground for the suspension, cancellation, or revocation of the CPC and/or the Certificate of Registration (CR) of the motor vehicle, unless proven otherwise.”

As defined under Executive Order (EO) No. 156 series of 2002, imported used PUBs or TFH carrying various kinds of cargo may be allowed by the LTO to register, but will not be allowed to register as public utility vehicles or be granted a CPC.

Phasing out of older trucks has long been an issue with truckers, who insist that roadworthiness, not age, should be the basis of securing a franchise. The issue escalated in 2014 when the government proposed a 15-year age limit on trucks-for-hire. It was not implemented, but LTFRB in June that year enforced a non-confirmation year (NCY) policy that limited the number of years a truck could be registered or confirmed, depending on its age.

LTFRB, realizing the impact of the NCY policy, issued Board Resolution (BR) No. 6-2015 that allowed affected truckers to file a motion to allow confirmation of their trucks and to prove their trucks were still roadworthy despite being old.

According to previous reports, the NCY policy would take out over 19,030 trucks in 2019 for exceeding the age limit.

Moreover, it is estimated that more than P50 billion would be needed to replace almost 20,000 trucks to be affected by the truck phase-out. – Roumina Pablo