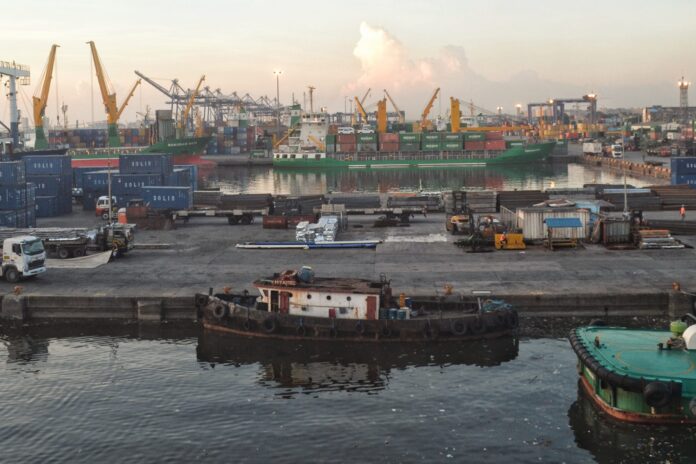 Domestic shipping will remain a public utility if Panfilo Lacson, Sr. and Vicente Sotto III are elected into office next year.

“We know that the shipping industry plays a crucial role in the Philippine economy so you rest assured that it will also be a priority as far as we are concerned,” Sotto said during a recent virtual kapihan conducted by the Philippine Inter-island Shipping Association (PISA) with PortCalls as media partner.

One of the main concerns of the domestic shipping industry is Senate Bill (SB) No. 2094. The measure aims to clear “the ambiguity surrounding the interchangeably used terms ‘public utility’ and ‘public service,’” and limit public utility to just three services—distribution of electricity, transmission of electricity, and water pipeline distribution and sewerage pipeline systems.

Transportation, telecommunications, broadcasting, and other public services are excluded from the definition of public utility under SB 2094. This effectively allows 100% foreign ownership in these industries as they will no longer be considered public services covered by the 60%-40% ownership rule under the Constitution.

Domestic shipping is, however, categorized as a common carrier, considered a “critical infrastructure” comprising systems and assets vital to the country that their incapacity will debilitate national security. Under SB 2094, any investments in critical infrastructure must be reviewed by the National Security Council.

Sotto said domestic shipping “is not in the list of those being liberalized” under the current version of the Senate bill, but noted they “will probably have to look out” for any move to reverse such, since the bill is currently being amended.

Lacson, for his part, believes transportation should not be open to 100% foreign ownership, citing a 2003 Supreme Court ruling that defines public utility as one that regularly supplies the public with crucial services, such as transportation.

“I am taking the position that we should not open up our transport service to 100% ownership. That’s clearly a public utility regularly supplying the public with services,” he said.

PISA chairman emeritus Doris Magsaysay-Ho explained national security is at the heart of the group’s push to retain recognition of domestic shipping as a public utility not open to 100% foreign ownership.

In a position paper submitted early this year to the Senate, PISA reiterated that domestic shipping is a strategic industry for an archipelagic country in times of national disasters, during response and reconstruction, during potential conflict over the West Philippine Sea or war, and in instances of smuggling, illegal fishing, and piracy.

Unlike telecommunications which only has a few players, the domestic shipping industry offers much competition, Magsaysay-Ho explained.

She noted the issues the industry faces are due to infrastructure and the country’s small amount. If trade grows, she said, ships will become bigger because there will be economies of scale, which will then result in smaller freight cost.

Mark Matthew Parco, president of PISA member organization Philippine Liner Shipping Association, also raised the issue of conflict of interest at the Philippine Ports Authority (PPA). PPA is both a regulator and a developer of ports.

Sotto said it was time to revisit PPA’s charter, especially since other industry sectors raised concerns about the port authority.

Sotto requested PISA to submit a legislative proposal so that a legislation turning PPA into a “purely regulatory agency” may be crafted.

Parco raised industry concerns with overlapping functions of various government agencies in the maritime industry and how the Lacson-Sotto tandem plans to ensure continuity in government policies.

Sotto said he has filed a bill to right size government, citing the need to streamline government operations to improve public service. SB No. 244, currently pending at the committee level, intends to rationalize operations of offices in various government offices having related functions by streamlining positions to promote efficiency and cost in the delivery of public services.

Sotto and Lacson expressed reservations on the domestic shipping industry’s proposal to create a maritime affairs department, saying this will have to be studied carefully first.

Lacson said this can be part of their platform to revive the “Filipino First” policy, which will apply not only to the shipping industry but to other industries, such as food and agriculture.

“We intend to depend less on importation and patronize more our local products,” Lacson said.