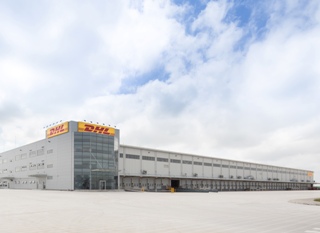 DHL Supply Chain announced plans to invest EUR140 million (US$180 million) in Southeast Asia over two and a half years, starting with the opening of seven new facilities by the end of 2013.

“We plan to double our size in the next two to three years. We’re already off to a strong start—by the end of 2013, we will have opened seven multi-user facilities across strategic locations in Southeast Asia,” said Oscar de Bok, DHL Supply Chain CEO for South and Southeast Asia.

The bulk of the investments will go into new facilities, advanced IT solutions, expansion in transportation, and staff hiring and training.

The expansion of its Southeast Asia business is in anticipation of growth in key consumer, retail, automotive, and technology industries as well as of rising opportunities in emerging sectors, a PR Newswire release said.

The seven new facilities to be completed this year include bespoke solutions for specific industries. Earlier this year, DHL launched a 17,000-square-meter warehouse in Cimanggis, Indonesia, for the fast-moving consumer goods industry. The company will also launch a new facility in Bangna, Thailand, this year, to cater to the retail, fashion and consumer sectors, as well as a new facility in Bac Ninh, Vietnam, to serve the retail, consumer, and technology sectors.

There are also plans to open new facilities in Singapore and Malaysia as well as build on existing capabilities in other markets in the region.

By 2015, DHL Supply Chain will have substantially increased its transport fleet, grown its staff strength by some 65 percent to about 25,000 people, and added over 50 percent more warehouse capacity to operate around 1.4 million square meters across the region.

Gearing to launch its single regional economic market two years from now, Southeast Asia has a combined gross domestic product of $1.9 trillion and an expanding middle class that is estimated to include some 145 million people in 2015, up from 95 million in 2010. The region is increasingly regarded not only as a source of manufacturing and production, but also as a key market for domestic consumption.