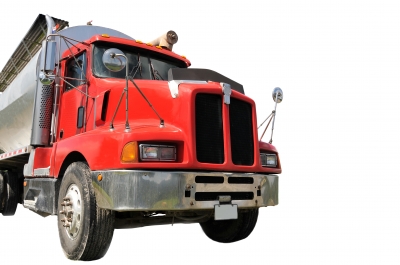 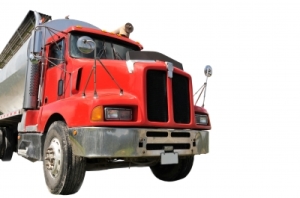 Mitchell, who has been the Philippine boss for two years now, said the industry would develop better “if there were less restrictions… We would actually have less impact than (what is) felt today. Today we really have those impacts in peaks, in surges, and we’ve been very reactive to those peaks and surges versus letting (industry) develop, letting it evolve.”

By restriction, she means the metro-wide truck ban and a potential legislation imposing a 15-year-old age ceiling on trucks.

In a recent interview with PortCalls, Mitchell pointed out that in a lean supply chain, assets are fully utilized and inventory gets into markets very quickly, translating to savings in transport, warehousing, and inventory costs.

And in an ideal world, “you should be able to schedule when the trucks arrive, schedule how many hours, minutes even, to load the truck; you should have schedules for all the destinations.”

However, with the Manila truck ban that spawned massive port congestion, “you don’t get any efficiencies of scale” because a truck that goes on one trip gets stuck in one location.

The Manila daytime truck ban has been indefinitely lifted in September but its effects are lingering, with ports still suffering from a container logjam. Meantime, another truck ban, as imposed by the Metropolitan Manila Development Authority (MMDA), remains in place.

“The Manila truck ban has had varying effects on our business and that of customers. There were a few causes and effects that made transportation challenging for our business. The unavailability of trucks has caused transport rates to increase and customers’ operations are either impacted due to stock shortages and delays or, in some cases, an increase in inventory holdings and additional warehousing costs due to the need to hold safety stock.

“In general, the truck ban has created additional costs within the supply chain and reduced the competitiveness of the Philippines by creating even more fragmentation. And the Philippines already has a lot fragmentation than other countries in Asia-Pacific,” Mitchell said, noting “it’s (fragmentation) getting worse” and that the trend “needs to reverse to get the cost of logistics down.”

DHL Supply Chain is “working closely with all our customers to reduce these impacts and even using this experience to create sustainable options which mitigate some of these truck ban factors.”

Mitchell noted, “Normally we want to maximize the asset so you want the truck to be doing as many trips as possible and you palletize the load, the loading and unloading time. Here because the truck is sitting, waiting during the day because it can’t move, you might as well individually load the truck.

“Even if we unload very quickly, the truck ban is so prohibitive it doesn’t make sense to do palletized loading,” she explained.

Mitchell likened the situation in the Philippines to going back to the days of manual loading, or the pre-containerization era.

“Unfortunately here, they’re stopping the industry from evolving because of the truck ban and… putting in more legislation that says all the trucks of this age need to be off the road.”

“If you actually relax a little bit, it (the industry) would develop on its own. Best way to invest in equipment is to enable the truckers to earn more money by doing more trips,” Mitchell said.

Furthermore, removing restrictions and truck bans “would produce some trucks on the road.” While the idea may seem “counterintuitive”, the development would ultimately lead to better utilization of assets.

Mitchell is not alone in pushing for less restrictions. The joint foreign chambers of commerce recently called for a suspension of the MMDA truck ban even just for the duration of the peak shipping season. —Roumina Pablo