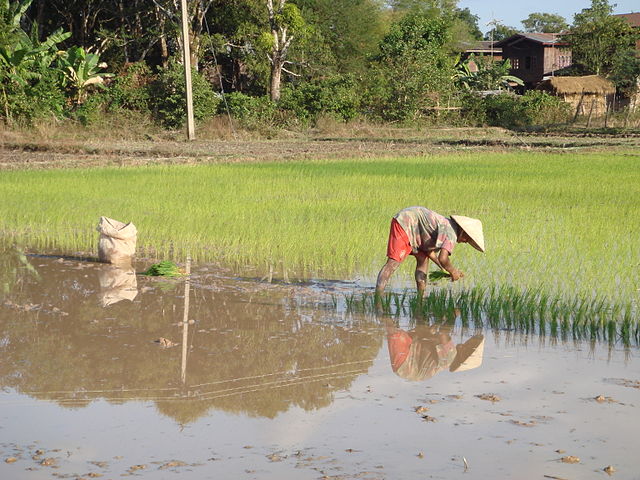 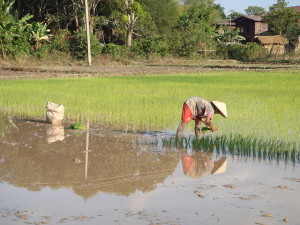 Asia’s developing economies will tread a strong path to economic growth in 2015 and 2016, supported by soft commodity prices and recovery in the major industrial economies, says a new Asian Development Bank (ADB) report.

“Developing Asia is making a strong contribution to global economic growth,” said ADB chief economist Shang-Jin Wei. “Falling commodity prices are creating space for policy makers across the region to cut costly fuel subsidies or initiate other structural reforms. This is a key opportunity to build frameworks that will support more inclusive and sustainable growth in the longer term.”

From the trough of the global financial crisis in 2009, developing Asia has contributed 2.3 percentage points to global GDP growth—nearly 60% of the world’s annual 4% pace. Eight economies in the region posted growth exceeding 7 % in nearly every year of the post-crisis period, including China, Laos, and Sri Lanka.

Growth in the United States, where recovery seems to have turned a corner, is leading major industrial economies. While signs are mixed in the euro area and Japan, soft oil prices and accommodative monetary policy will support growth. As a group, these economies are forecast to expand by 2.2% in 2015, up 0.6 percentage points from 2014, and 2.4% in 2016.

With improving external demand for the region’s outputs, an expected pickup in India and in most members of the Association of Southeast Asian Nations (ASEAN) could help balance gradual deceleration in China, the region’s largest economy.

Growth slowed in China in 2014 on weak fixed asset investment, particularly in real estate. As the government proceeds with its structural reform agenda, further slowing of investment is expected to diminish growth to 7.2% in 2015 and 7% in 2016. This is a much more moderate rate than the average growth of 8.5% in the period since the global financial crisis.

India is forecast to overtake China in growth as the initial phase of government efforts to remove structural bottlenecks is lifting investor confidence. With the support of stronger external demand, India is set to expand by 7.8% in FY2015 (ending 31 March 2016), a sharp rise from 7.4% growth in FY2014. This momentum is expected to build to 8.2% growth in FY2016, aided by expected easing of monetary policy and a pickup in capital expenditure.

Risks to the outlook include possible missteps in China as it adjusts to its new normal, less decisive action on reforms in India than anticipated, potential spillover effects on the global economy of the Greek debt crisis, and the deepening recession in the Russian Federation. The impending rise in U.S. interest rates may reverse capital flows to the region, requiring monetary responses to maintain stability. The benefits flowing from the low price of oil could evaporate if geopolitical tensions push it sharply higher.

How regions will fare

Across the subregions, economic growth in East Asia will slow to 6.5% in 2015 and 6.3% in 2016 reflecting the moderation in China. The subregion grew 6.6% in 2014. Mongolia will see growth decelerate sharply in 2015 as foreign direct investment dries up and fiscal and monetary policies are tightened. Growth will be stable in Taipei, but accelerate in Hong Kong and South Korea, reflecting rising domestic demand and the improving global economy.

Growth in South Asia accelerated to 6.9% in 2014 and is projected to trend higher to 7.2% in 2015 and 7.6% in 2016, reflecting the strong performance anticipated in India. Both Bangladesh and Pakistan are following through with wide-ranging economic reforms that include efforts to overcome power shortages, though political challenges may limit progress in 2015. Sri Lanka’s economy is expected to moderate in 2015 as investors await clarity on the new administration’s plans for governance reform and economic policy.

Southeast Asia is poised for a growth rebound in 2015 after subregional growth fell to 4.4% in 2014. Aggregate growth is seen rebounding to 4.9% in 2015 and 5.3% in 2016 as recovery in Indonesia and Thailand leads the way, and with most of the subregion expected to benefit from rising exports and lower inflation.

Weak oil prices and recession in the Russian Federation pushed subregional growth in Central Asia down 1.5 percentage points to 5.1% in 2014. In 2015 growth will slacken in Kazakhstan, Turkmenistan, and Uzbekistan as lower petroleum exports constrain domestic spending. The weak economy in the Russian Federation will curb export and remittance flows, slowing growth in Armenia, Georgia, the Kyrgyz Republic, and Tajikistan. Average growth in the subregion is forecast at 3.5% in 2015 and 4.5% in 2016.

GDP growth in the Pacific reached 6.1% in 2014, accelerating for the first time in three years as natural gas exports began in Papua New Guinea (PNG), the subregion’s largest economy, and expansion picked up in most other economies. In 2015, the first full year of gas production in PNG, growth in the Pacific is expected to peak at 10.7% before falling back to 4.5% in 2016, with only a few economies growing faster than in the previous year.