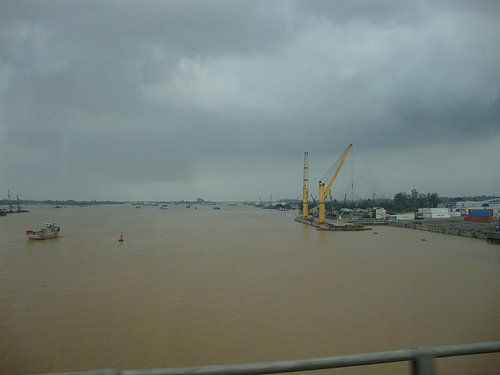 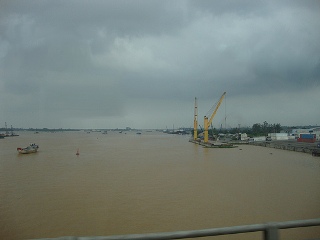 With Vietnam’s shipping industry in the doldrums, local and foreign shipping-related businesses are seeking a delay in the launch of the Cai Mep-Thi Vai port complex, saying it will exacerbate the overcapacity problem at the existing southern deep-water ports.

The Vietnam Business Forum 2012’s infrastructure working group and foreign-invested port service providers made the proposal amid what they said was a capacity redundancy at seaport group 5, which covers Ho Chi Minh City and the southern Ba Ria-Vung Tau province, according to a report published on the VPA Shipping Times website.

The Cai Mep-Thi Vai port project is reportedly almost 90 percent complete and is scheduled to open in June 2013.

“Several port operators are on the brink of going bankrupt and since the Vietnamese government is the main shareholder at these port joint ventures the risk to the national budget would be significant,” the ports sub-group was quoted as saying.

But Vietnam Maritime Administration (VMA) deputy chief Bui Thien Thu said setting back the launch date until the market rebounded was not a good idea. “The Ministry of Transport is still urging VMA to continue bidding procedures associated with the port leasing slated for completion in June 2013,” said Thu.