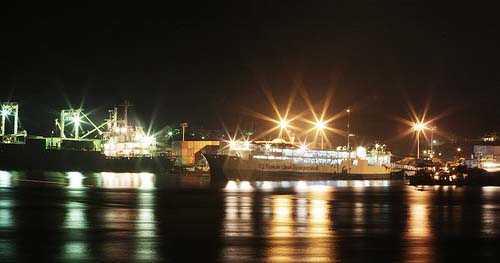 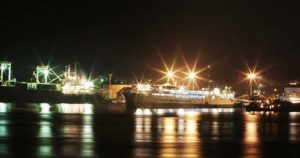 Modernizing and upgrading inter-island shipping in support of the Philippine Nautical Highway Development (PNHD) will require an estimated P45.155 billion to implement over a 10-year period, according to a development plan by the Maritime Industry Authority (Marina).

One of the eight priority programs under Marina’s 2019-2028 Maritime Industry Development Plan (MIDP), the modernization and upgrading of the country’s domestic shipping industry supports the national government’s PNHD and the maritime authority’s mandate under Presidential Decree (PD) 474 (Maritime Industry Authority Decree of 1974) and Republic Act (RA) No. 9295 (Domestic Shipping Development Act of 2004).

“Inter-island shipping in an archipelagic country like the Philippines is an important element for expanding market linkages and connecting/linking one island to another and stimulating economic development in general,” the draft MIDP said.

Approved by the Marina Board and up for the President’s and National Economic and Development Authority’s approval, the draft MIDP has the following key projects: achieve the priority program including modernizing and upgrading of domestic vessels; build capacity for deck and engine cadets; improve ports/terminals and road infrastructure; phase out wood-hulled ships; and place unclassed and obsolescent ships under the Vessel Retirement Program (VRP).

Modernization and upgrading of vessels accounts for the biggest share of the total budget at P25 billion, followed by the improvement/development of port infrastructure and facilities and connecting roads at P10.5 billion.

Phasing out of wood-hulled ships will cost P5 billion, while the VRP of unclassed and obsolescent ships and capacity building for deck and engine cadets will require P500 million and P50 million, respectively. A contingency of P4.105 billion is also part of the total budget.

Key activities under the draft plan include establishing potential sea routes, and developing and implementing an effective route capacity measurement system for maritime transportation. It also includes providing a comprehensive financing program and incentives/privileges for domestic shipping companies/operators, and developing and implementing mandatory shipboard training/apprenticeship for deck and engine cadets.

Also included is developing standard boat design to replace wood-hulled ships (per region based on their navigational areas).

The aim is to make sea transport for passengers and cargo more efficient and safe, which will be measured through reduced transport cost and time, reduced maritime accidents, and higher passenger satisfaction.

Other outcomes include an increase in the number of passengers, volume of cargo, and number of ship calls; more new routes/links developed; and higher investments in shipping and shipbuilding businesses.

As the lead implementing agency, Marina will assume full responsibility for the program’s administration and management. An inter-agency MIDP National Policy and Implementation Coordinating Council, chaired by the transport secretary, will be established to provide overall policy guidance.

A National Program Coordination Office will also be set up at the Marina Central Office to be lodged with the Domestic Shipping Service.

MIDP 2019-2028 is the first comprehensive effort to understand and address the Philippine maritime sector’s core problem and its underlying causes, with the view to planning and implementing programs that more responsively meet the demands of the maritime industry, successfully address key challenges, and seize opportunities in both domestic and global arenas.