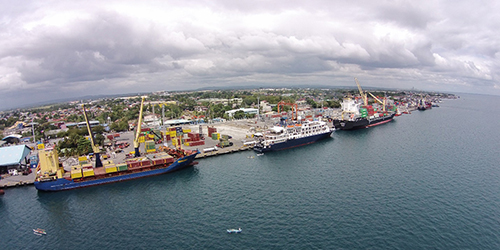 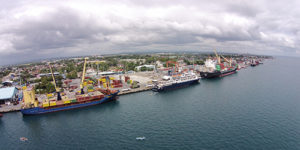 A decision on how Davao-Sasa port will be developed and modernized should be out before the year is over, according to Philippine Ports Authority (PPA) general manager Jay Daniel Santiago.

But whether the project is to undergo public-private partnership (PPP) bidding or be solely a PPA undertaking will still have to be finalized, Santiago said during an interview on the sidelines of his inspection of Batangas and Calapan ports on October 25.

But this early, he said, “I think it will be faster and easier, and it will be better for the people, if PPA is the one who develops it first,” adding that PPA has “provisionally earmarked some budget for that next year.”

“Anyway, if the government wants to privatize it later on we can just tuck in the cost… rather than give it up to private, of course the cargo rates will increase,” the PPA chief pointed out.

The final decision on who will do the endeavor will rest on the PPA board, which is composed of, among others, other government agencies and the national government, he noted.

PPA is looking at a previous study that pegs the development and modernization cost of Davao-Sasa at about P4.6 billion to P5 billion, significantly lower than the P19.8-billion project cost pursued by the previous administration. Santiago noted there might be some changes to the cost depending on the updated needs of the port.

If PPA itself will undertake the modernization, there are many options for funding the project, such as local or foreign financing and internal funds. Santiago said the use of internal funds is possible, since the development will be done in phases to avoid hampering the flow of shipments at Davao-Sasa port.

He noted, too, that there are “a lot of interested investors from China” that have expressed interest in financing or investing in modernization projects for Philippine ports or in procuring the facilities or equipment for them.

Another measure to make sure that affected shipments, especially those going southwest of Davao, have other options besides Davao-Sasa is to develop other ports, Santiago said. One of these is the small port of Malalag, located in Davao del Sur, which he said has a “very huge potential” since it has one of the safest layup areas.

The PPA chief said they intend to pursue the development of Malalag into a container port so that cargoes intended for southwest of Davao can go there direct instead of calling the ports of Davao-Sasa or General Santos. This will also free up Davao-Sasa port while the development is ongoing, Santiago noted.

Meanwhile, asked if Davao-Sasa port will be solely for international operations as envisioned by the previous administration, Santiago said the goal is “to make sure that all your ports have the capacity to carry the kinds of cargo that normally come in.”

In a previous interview with PortCalls, Santiago said “we will have to make sure also that any final decisions on the development in the Davao-Sasa Wharf will be able to service the actual needs of the area.”

He noted that based on initial studies, “it is advisable that we continue on the current nature of operations (of Davao-Sasa) which is also to handle international containers.” The port currently handles both international and domestic shipments, with PPA operating the port through two private cargo-handling operators.

Bidding for the Davao-Sasa port modernization project was postponed three times before the new government took over in July. – Roumina Pablo