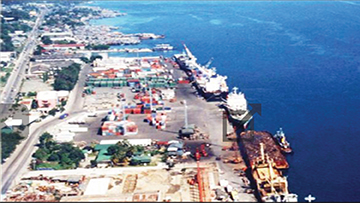 The Philippine government is hoping to convince the consortium that pulled out from the bidding of the Davao-Sasa Port Modernization project to reconsider its decision, according to the Department of Transportation and Communications (DOTC).

Portek is a Singapore-based port operator and subsidiary of Mitsui & Co., Ltd. of Japan, while AP National Marine is a Manila-based company under the Magsaysay Group.

Asked why the consortium withdrew, Abaya said: “We are still finding out because we are better off by keeping more bidders in.” He noted that one-on-one consultations with other bidders are ongoing.

Discussions with Portek-NMC were supposed to have been on January 18, the same day as SMC-APMT. ICTSI was scheduled for January 19, but GBB 16-2016 was issued on January 15 changing the date to January 18. A one-on-one with ATI-DP World was set last January 19 and with Bollore on January 20.

Asked if the project could be awarded before the May elections, Abaya said “our objective is to award before the end of the administration.”

“The sooner we can get a more efficient modern port in Davao, the better for people in the region,” he added.

Under the project, the winning bidder will finance the construction and modernization of the existing port, including a new apron and a new linear quay, expansion of the back-up area, construction of container yards and warehouses, and installation of new equipment like ship-to-shore cranes and a rubber-tired gantry.

The concession period will run for 25 years from start of operation and maintenance.

Once the first phases of the project are completed in 2018, DOTC said the Davao-Sasa Port “will be comparable to the country’s top ports in terms of speed and quality of service, cutting down cargo unloading from three days to three hours by using modern ship-to-shore cranes and port operating systems.”

The economy of Davao thrives on banana exports, the region being the second largest banana exporter in the world. A study conducted by the International Finance Corporation and the Development Bank of the Philippines projects that container traffic in the Davao Region will increase by at least 6% annually over the next 25 years.

Without the added capacity that a modernized Davao-Sasa Port will bring, DOTC said “there will be a strong chance of shortage in port capacity in Davao bay which may affect small-medium banana growers who may not be able to export their bananas.”

The edge of an upgraded Davao-Sasa Port is its proximity to banana plantations, as this will help growers save at least P8,000 in trucking costs per delivery, DOTC noted. — Roumina Pablo