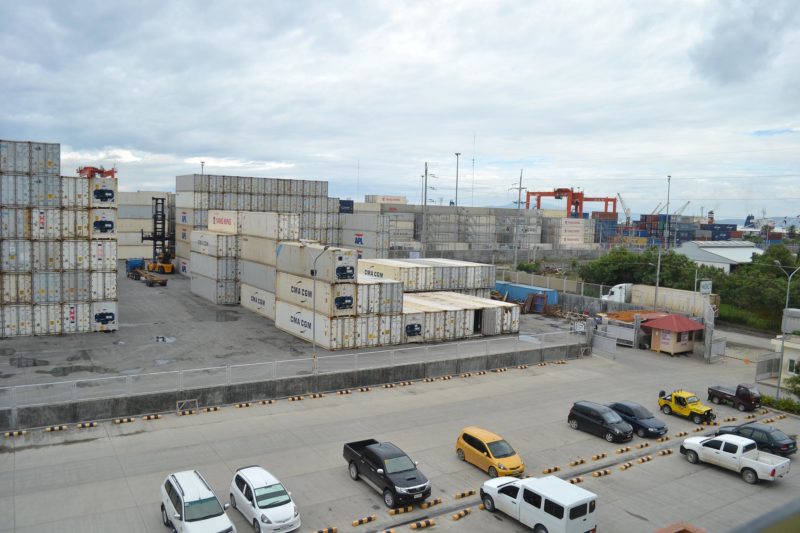 In 2016, DICT’s total container throughput slid 2.5% to 260,499 TEUs from 267,283 TEUs in 2015, caused by an extended El Niño that damaged the production of fresh bananas, especially those coming from non-irrigated banana plantations, DICT vice president Bonifacio Licayan told PortCalls in an email.

The drop in container traffic was reported despite vessel calls increasing 43% to 409 from 287.

This year, the Panabo, Davao del Sur-based port operator’s “positive outlook stems from the fact that there is no more El Niño for 2017 and therefore the affected banana plantations are expected to recover lost production in 2016. Further, there is a continuing expansion of banana plantations in Davao Region and the nearby regions that definitely will be using DICT as their outport,” Licayan said.

The bulk of the terminal’s volume is still made up of reefer exports and dry imports. For 2016, reefer shipments accounted for 84% of the total laden containers exported through DICT, while dry cargoes contributed 98% of total import laden containers.

“But because of the imbalance in trade, the total exchange, for both reefers and dry, will still average 50:50 due to repositioning of containers by importing reefer empties and exporting dry empties,” Licayan noted.

New shipping lines have started calling DICT since the third quarter of last year with the new Berth 2 becoming operational in August 2016, the DICT executive noted.

These are Mariana Express Lines Pte. Ltd., SITC, and China Shipping Container Lines, all operating on a weekly basis on a fixed berthing window. Wan Hai, a regular DICT caller, has also added a new service.

“This is needed to support the expected increase in box throughput with the ongoing expansions in banana plantations, additional berth and additional vessels,” Licayan said. Expanding the ECD, he added, will allow the terminal to accommodate the empty containers of the carrier/vessel operators and even non-vessel operating common carriers

He noted that the ECD “is a valuable and integral part of the whole port operations as it enables us to handle the empty container storage and related services requirement of the shipping lines and, at the same time, allow us to divide the traffic between the on-dock and the ECD to avoid port congestion.”

Licayan said the ECD has also become a one-stop shop for shipping lines that need an empty container storage area and services such as checkering, pre-trip inspection, washing, temperature and ventilation setting, and maintenance and repair services (for both box and machinery).

Another potential source of DICT’s increased volume is the Philippine Economic Zone Authority (PEZA)-registered industrial park near the terminal that will take off this year.

Two newly completed warehouses are already occupied by a fruit exporter/marketer, even as additional warehouses are now being constructed for future locators, Licayan said. Also, a polymer manufacturer that has started building its production plant in the industrial park is expected to become operational within the year.

The port executive said the industrial park “will definitely improve the volume in DICT as the locators import a large portion of their inputs and then exports their produce through DICT.”

“With DICT’s proximity to the industrial park (about 300 meters away only), the locators will find the location and efficiency of DICT to their advantage. The locators will enjoy substantial savings in inland transport costs (both for their imported inputs and exports of their produce),” he said.

On the logistics side, he stated that locators will have an easy time monitoring and controlling all their shipments, as everything happens within a confined area away from the traffic congestion of the city.

“Likewise, with the very efficient operation of DICT, the locators can easily plan out all their cargo shipments and reach their market destinations in time. With reduced costs and efficient port operations, the locators’ produce will become very competitive in the global market,” Licayan explained.

In terms of connectivity to the terminal, the Department of Public Works and Highways has built a strategic coastal highway that links DICT to Davao City down south, and to the northern municipalities and cities in the Davao Region (although still to be completed), so shippers can avoid the growing traffic congestion in the host Panabo City.

“So far, traffic has become very manageable and we expect this to be even better in the future with the completion of the northern link which is expected within the year,” Licayan said.

The terminal is also expecting the completion of the Davao-Talaingod-Sto.Tomas highway to shorten the route and strategically connect DICT to Central Mindanao/Bukidnon, which is also a major export agricultural producer.

“This will ensure that Central Mindanao’s export products will reach DICT and eventually the global market (on) time,” Licayan said. – Roumina Pablo