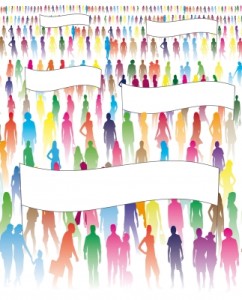 Associations of customs brokers and members of the academe will hold a mass assembly on July 20 to protest a provision in the proposed Customs Modernization and Tariff Act (CMTA) that allows any authorized importer’s representative, who need not be a customs broker, to be the goods declarant.

The groups are against the CMTA declarant provision since they claim it goes against the national legislation enshrined under Republic Act No. 9280 or the Customs Brokers Act of 2004, and will effectively do away with their services.

Section 108 of Senate Bill No. 168, or the Customs Modernization and Tariff Act of 2013, states that a declarant is a person who makes and submits to Customs the goods declaration, or in whose name such a declaration is made. Any person having the right to dispose of the goods will be entitled to act directly as a declarant, it adds.

In an earlier press release, the brokers’ groups cited as reason for their opposition to the CMTA declarant provision Section 3.6 Standard of the General Annex of the Revised Kyoto Convention, which states that “national legislation shall specify the conditions under which a person is entitled to act as declarant.”

The groups said the customs brokerage profession is neither a hindrance to free trade nor an add-on expenditure to shipments. The fee of customs brokers is only 1% of total costs, consisting mainly of charges imposed by shipping lines, arrastre operators, freight forwarders, and warehouses, among others, it added.

Moreover, if the draft CMTA is passed, the BOC will become “useless,” reduced to acting only as an enforcer of laws promulgated by other countries, said the groups.

They claimed the passage of the CMTA with the declarant provision intact will mean the “collapse” of customs brokerage in the country and affect those currently studying for the profession, since their services will be redundant when they pass the board and secure their license.

The CMTA has been tagged as a priority bill by the Aquino administration; its passage is expected within the year. – Roumina Pablo

Image courtesy of xedos4 at FreeDigitalPhotos.net

P2.04 billion in tariffs was collected from rice imports in January 2021, a year-on-year increase of 58% as the average valuation value of...
Read more
Customs & Trade