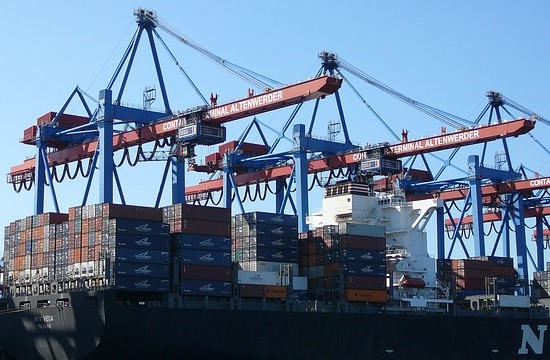 Container shipping volumes at the start of this year are the largest ever recorded for any first quarter, with the high volumes seen to continue into the upcoming peak season, according to a new report from the Baltic and International Maritime Council (BIMCO).

Correspondingly, high freight rates are also set to continue for the next three to six months due to the continuing high demand and supply chain logjams.

But monthly volumes in March 2021 were the highest on record globally with 15.5 million TEUs being loaded onto ships. This tops the previous October 2020 record of 15.4 million TEUs. Prior to 2020, the highest that volumes had ever reached was 15.0 million TEUs in May 2019.

BIMCO expects high volumes to continue into the upcoming peak season before slowing down, especially as the world enters the post-pandemic era and stimulus measures diminish and restrictions are eased, leaving consumer spending patterns to find a new balance.

With the current equipment imbalance and port congestion, which were compounded by the closure of the Suez Canal, the high volumes sent freight rates soaring to new peaks in the first quarter, booking huge profits for carriers.

Looking ahead, BIMCO said the high freight rates will continue for the next three to six months as demand remains high and the supply chain logjams have still to be cleared.

“With the traditional container shipping peak season approaching, freight rates will continue to be strong, although they may not stay at current record-high levels. As we saw before the blockage of the Suez Canal, spot freight rates had slowly started to soften on major routes, though remained at historically high levels,” it continued.

A potential disruption to continued strong demand through this year’s traditional peak season is the importers’ frontloading of their goods, which could lead to rates softening significantly. With the current delays and disruptions in supply chains around the world, importers think getting their imports in now would insure against insufficient stock.

Further down the line, demand looks set to ease as pandemic-related stimulus packages start to dwindle or spending shifts away from securing consumer income and towards longer-term economic projects such as infrastructure investment.

Furthermore, as the economy opens up, the proportion of spending on services is already increasing and domestic manufacturing is picking up, all of which will contribute to an easing in demand for imported containerized goods.

But even if this should happen, the profits that carriers are currently enjoying will cushion their bottom lines against a future squeeze, said BIMCO. This is because carriers have locked in high long-term freight rates for several months this year, and short-term shippers are more desperate to secure space on ships than negotiate a lower price.

Photo by Volker Lekies from Pixabay