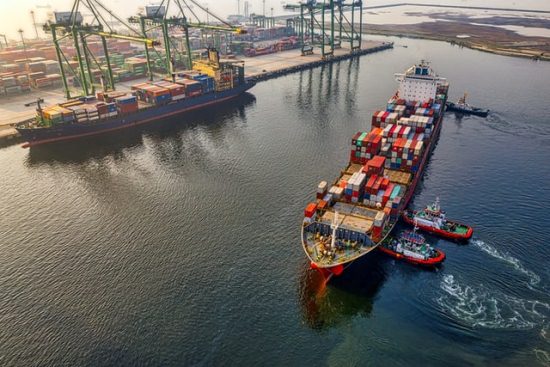 Container shipping lines are likely to increase their premium charges on July 1 even as trans-Pacific premium rates in particular are already at record highs, according to S&P Global Platts.

Platts, a leading provider of benchmark prices and analytics for the commodities markets, said indications show premium rates are still going upwards even as customers are already paying premiums in the five digits.

Moreover, most eastbound trans-Pacific cargo is now moving on a premium basis and carriers are said to be releasing few freight all kind (FAK) bookings.

FAK is a pricing system in which a group of shipments is put together to be transported as a single shipment and freight is charged using a unique rate.

According to a recent blog by S.P. Fume Co., Inc., a US-based port fumigation service company, premium rates refer to the specific amount of rates being added to regular rates, which currently are already extremely high.

The blog noted that over the last four to five months, all the shipping carriers “started to implement this ‘premium strategy,’ which is actually just a GRI (general rate increase) variation without the 30-day notice that the FMC (US Federal Maritime Commission) requests.”

But even with premium rates, the blog said carrier service remains questionable: “One might have thought that services provided should be exceptional, especially since the rates have just about tripled from what these fees were a year ago. However, the services have not improved.”

During the week ended June 25, S&P Global Platts heard all-inclusive premium bookings at US$17,700 per forty-foot equivalent unit (FEU) into the US Gulf Coast, and an FAK excluded rate from Southeast Asia to US West Coast at $14,000/FEU.

One shipper was heard paying $22,000 per FEU for Southeast Asian cargo bound for the US Gulf Coast.

And some shippers have reportedly been denied bookings even while paying premium levels, as importers vie with one another to secure a booking, added Platts.

And while the Port of Yantian in China has resumed full capacity, there remains a significant backlog of both inbound and outbound cargo.

Heading into the summer peak season, both FAK and premiums from South China base ports are expected to see significant increases as carriers and terminals grapple with the cargo pileup, which could leave South China rates higher than those in North Asia.

Container rates on the Southeast Asia to North America route inched up during the week ended June 25 on account of increasing congestion and worsening equipment availability.

Premium rates were heard at $15,000 to $20,000 per FEU for East Coast North America, with majority of the orders leaning towards the higher end, Platt sources said. For West Coast America, premium rates rose to $15,500 per FEU.

The short-haul routes are also caught in the crossfire as it is getting more difficult each day to move containers within Asia and carriers are reluctant to accept bookings, Platt sources added.

Meanwhile, while premiums aren’t that popular on intra-Asia routes so far, it won’t be surprising to see them gain prominence in the coming months.

Premium rates to Europe are much more muted in comparison to the trans-Pacific market, although rate increases reached all-time highs mid-month.

Photo by william william on Unsplash