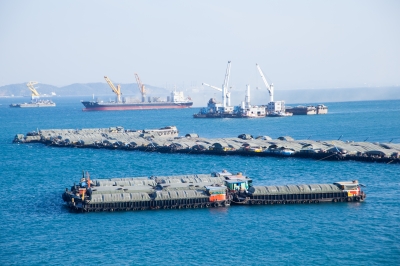 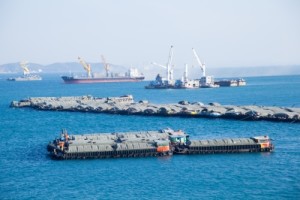 The implementing rules and regulations (IRR) of the Foreign Ships Co-Loading Act will likely be issued in February 2015, according to Philippine Customs commissioner Alberto Lina.

Lina, in a panel discussion during the National Export Congress on December 3, said the first draft is now being finalized and will undergo public consultation once done. The February target is later than the earlier pronouncement of BOC that the IRR would be signed before year-end, and five months behind the law’s requirement for IRR issuance.

Republic Act (RA) No. 10668, or “An Act Allowing Foreign Vessels to Transport and Co-load Foreign Cargoes for Domestic Transshipment and for Other Purposes,” was signed into law on July 21. Under Section 10 of R.A. 10668, the BOC, Department of Finance, Department of Trade and Industry, Bureau of Immigration, and port authorities should promulgate the IRR within 60 days of approval of the new law or before end-September.

Since August, concerned government agencies and stakeholders have been holding several meetings on the IRR details. The customs agency is leading the team crafting the IRR because the law covers imports and exports cleared by BOC, Atty. Agaton Teodoro Uvero, Assessment and Operations Coordinating Group deputy commissioner, said earlier.

The Co-Loading Act is seen to eliminate costs incurred by shippers, who have to pay domestic carriers to conduct domestic transshipment of their import and export cargoes, since foreign vessels are still barred from domestic waters. These costs include hauling fees for transporting the goods from the Manila International Container Terminal or Manila South Harbor to Manila North Harbor, cargo handling charges paid by importer-manufacturers to discharge and loading ports, and underguarding fees collected by BOC. – Roumina Pablo