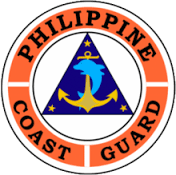 The Philippine Coast Guard (PCG) has taken over port security in Iligan City in southern Philippines since May 26 to prevent members of militant Islamist Maute group from escaping, and to block any reinforcements coming from other militant groups.

PCG spokesperson Commander Armando Balilo said they have coordinated with other law enforcement authorities to secure the port after an intelligence report indicated that it may be used as an escape route by Maute members or as a landing point for their reinforcement.

The port of Iligan is near Marawi City in the southern island of Mindanao, where clashes between government forces and the Maute Group have been ongoing. Iligan City is on temporary lockdown amid fears that Maute fighters have sneaked out of Marawi by blending in with civilians.

Balilo said PCG aluminium and rubber boats have been deployed to patrol the coastline of Iligan and surrounding waters off Marawi City. Three ships—BRP Batangas, BRP Tubbataha and BRP Malabrigo—were also deployed to patrol and secure possible entry and exit points. BRP Tubbataha covers the Cagayan de Oro-Iligan area, while the two other ships stay at the port.

Since taking over Iligan port, PCG has deployed at least 200 personnel, Balilo said. He noted that despite the heightened security at the port, regular operations are observed at the Philippine Ports Authority and Bureau of Customs.

Aside from Iligan, PCG is keeping an eye on other ports such as those in Cagayan de Oro, Dapitan, Ozamis, and other areas near Marawi.

Seaports and airports in Mindanao have been on heightened security alert since the region was placed under Martial Law following clashes between government forces and the Maute group that started May 23 in Marawi City.