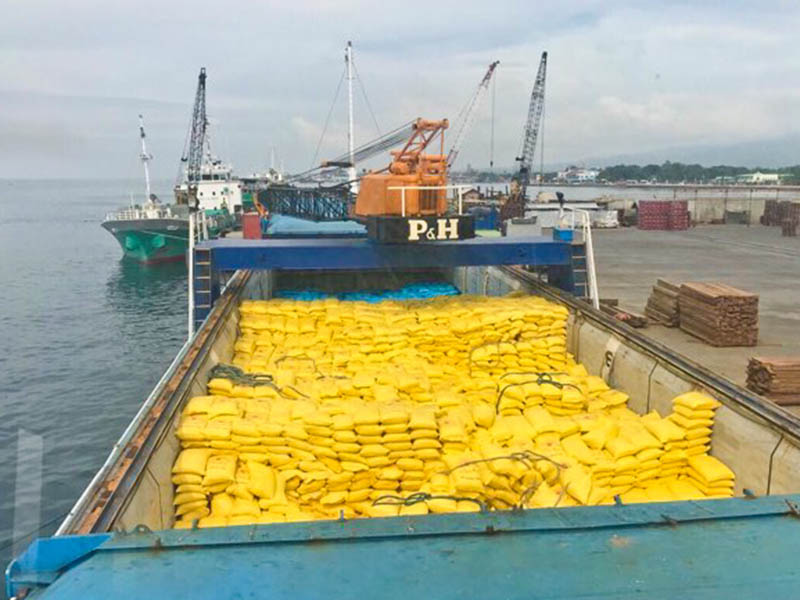 More than 60,000 sacks of smuggled rice seized in Zamboanga Sibugay have been officially turned over by the Philippine Coast Guard (PCG) District South Western Mindanao to the Bureau of Customs (BOC).

The smuggled rice, worth P120 million, had been loaded onto a local cargo ship, MV J-Phia. During a regular maritime security inspection, the PCG found the ship suspiciously docked January 7 some 25 nautical miles southwest of Olutanga town in Zamboanga Sibugay.

The ship and its cargo were immediately inspected and eventually apprehended after the captain, Rogelio Necessario, failed to show safety certificates, shipping documents, and import permits. 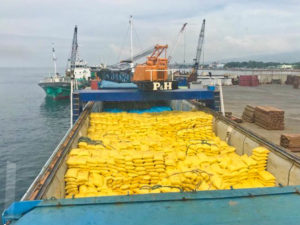 PCG said no record of departure was also presented to prove the ship captain’s claim that the last port of call was in Cagayan de Oro. The authorities have assumed that the ship came from Vietnam and transferred the illegal cargo in Sulu.

“The custody of the seized cargo is now in the Bureau of Customs. We will conduct further investigation to know the real origin of the smuggled rice, the sender, and the consignee if it is really intended for consumption in the Philippines,” Lapeña said in a statement.

The owner of the ship and the cargo will face smuggling charges for violating the Customs Modernization and Tariff Act and the Anti-Agricultural Smuggling Act.

“It’s only the first week of the month yet these unscrupulous traders are really trying their luck. We will strengthen our information sharing and cooperation with other border patrol agencies to ensure our border is free from smuggled goods,” Lapeña said.

The commissioner also lauded the PCG for the successful interception.

The seized ship is now docked at Port of Zamboanga.