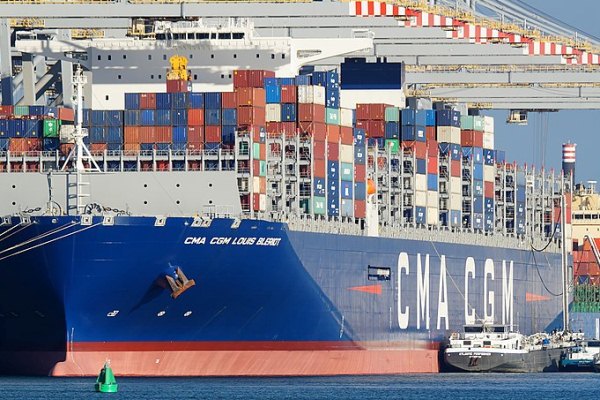 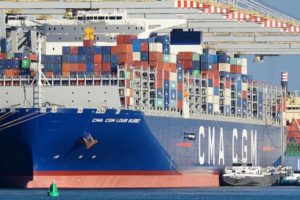 French transport and logistics provider CMA CGM said its shipping business remained strong in the second quarter, with significant improvement in volumes carried and in profitability, enabling the shipping activity to post a positive net result.

“This positive trend, which is above market, is driven by the strong growth of intra-regional lines (short sea) and the United States lines, which remain particularly dynamic,” said the company in a statement.

It said its network of intra-regional carriers has CNC specializing in intra-Asia trade; Mercosul in cabotage and door-to-door services in Brazil; ANL in Australia and Oceania; and Containerships in intra-Europe.

Second-quarter revenue was up 4.6% compared to the second quarter of 2018 and reached US$6 billion for the group’s shipping activities.

The deployment of the cost reduction plan allowed the group to reduce operational expenses by $51 per TEU in the second quarter compared to the first quarter of 2019.

“This mainly comes from initiatives to rationalize certain trades, the efforts to always improve operational efficiency, lower logistics costs and the reduction of the Group’s ships consumption,” said the release.

Adjusted EBITDA came to $343.6 million and the EBIT margin amounted to 5.8%. The net result of the shipping operations reached $2.3 million.

“This performance reflected both the sustained growth in revenue and the impact of the performance improvement and cost control plan under way since the beginning of the year.”

Adjusted EBITDA margin improved significantly year-on-year to 12.4%, one of the best in the industry and an improvement from Q2 2018 and the first quarter of 2019, said CMA CGM.

However, the implementation of IFRS 16 and the recent acquisition of CEVA Logistics led to a group net loss of $109 million for the second quarter.

Looking ahead, CMA CGM said it will continue to focus on operational efficiency, cost control and rationalization of its industrial activities and brands amid geopolitical uncertainty. The acquisition of CEVA Logistics will gradually enable the group to benefit from a less volatile and more diversified environment than the maritime sector.

“Thanks to all the measures put in place, the Group is confident for the second half of 2019, which should be better than the first one,” the statement said.