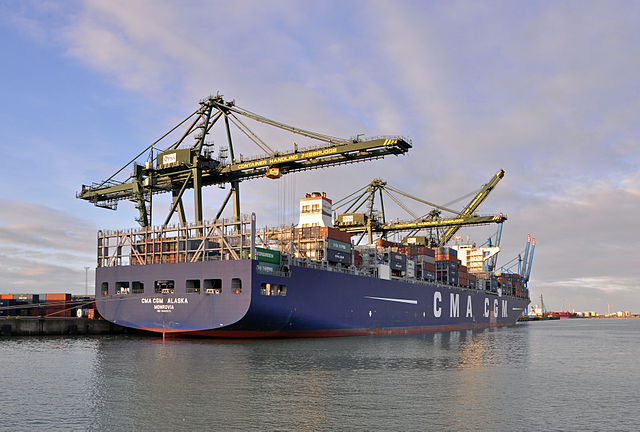 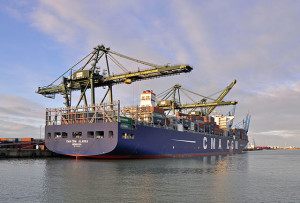 France’s CMA CGM said it made a “solid performance in 2014,” marked by a strong improvement in operating margin and net profit, and is looking forward to faster growth this year with new vessels entering its service and the start-up of the Ocean Three alliance.

It also disclosed that it is now finalizing an order for three 20,600-TEU vessels to be delivered in 2017.

In a statement, the French liner shipping operator said volumes carrier last year grew 8.1% to 12.2 million TEUs from 11.3 million TEUs year-on-year. This, it said, is a new historic high derived from gains on the leading East-West lines and the strong sales performance by the group’s regional and specialty brands.

Net profit jumped to $584 million, a 43.2% increase from the $408 million reported in 2013, largely on gains from the disposal of the 49% stake in Terminal Link and a significant reduction in net finance costs including the $70 million positive impact of the euro-dollar exchange rate.

In particular, volume growth was boosted by the Asia-North Europe and Asia-North Africa trades, the reorganization of CMA CGM and Delmas’ Africa lines, the opening of new inland corridors and dry ports, the more vigorous U.S. economy, and the expansion of the ANL subsidiary that specializes in Asia-Pacific trades.

In addition, the group’s e-business platform, opened in October 2013, handled 1.3 million TEUs in its first full year of operation.

For 2015, the company forecasts the container shipping market to expand by around 5% in volume, led by sustained growth in the U.S. economy and the improving outlook in Europe, although not without a certain amount of geopolitical uncertainty.

The group’s fleet will be strengthened by the delivery of six new 18,000-TEU vessels, twelve 9,400-TEU class vessels, and three 2,100-TEU GuyanaMax vessels.

“These units will support growth in volumes carried, prepare the fleet for the broadening of the Panama Canal and help to improve operating performance, while lowering unit costs whereas freight rates will remain under pressure,” it added.

On its order for three 20,600-TEU vessels, CMA CGM will reportedly sign the contract this week for the construction of the mega ships by South Korean shipbuilder Hanjin Heavy Industries.

At the same time, the group expects to benefit from its participation in the Ocean Three alliance with CSCL and UASC, as well as from its agreements with Hamburg Sud in South and North America, and the consolidation of shipping company OPDR.

It also foresees a positive impact on operating results for the year from the recent decline in bunker prices.

In addition to its investments in the vessel and container fleets, CMA CGM will continue to expand its port terminals, dry ports, and logistical operations.