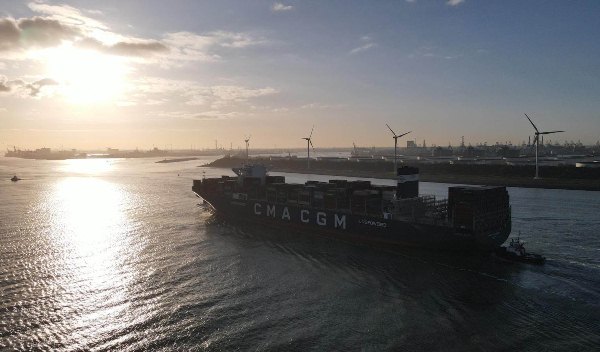 French container shipping liner CMA CGM has ordered 22 new containerships which are expected to join the group’s fleet between 2023 and 2024.

The company said the order “aims at accommodating market growth” amid strong demand for containerized goods, particularly on the trans-Pacific trade lane.

Last February, CMA CGM said it would deploy six new 15,000-TEU LNG-powered containerships to the US market, the largest box ships running on such fuel to call the US. The first of these vessels will be delivered in October 2021, and all the ships will be fully operational by the end of 2022.

The group currently operates 12 LNG-powered box ships, a fleet that will grow to 32 containerships of various sizes by 2022. The use of LNG is one of the first steps toward achieving the group’s ambitious 2050 objective of carbon neutrality, the company has said.