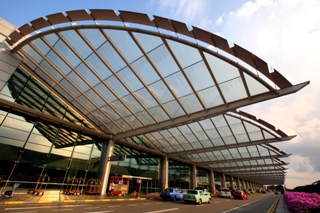 The package, part of its Changi Airport Growth Initiative (CAGi), starts on April 1 and provides for a 20 percent landing fee rebate for all freighter flights and up to 20 percent rental rebates for tenants leasing cargo facilities at the Changi Airfreight Centre.

Changi officials in a press release said that CAGi is seen to reverse the 4.8 percent year-over-year loss the Asia-Pacific airfreight sector, the world’s largest with a 40 percent market share, experienced in 2011. The officials attributed the volume decline to surging fuel prices, U.S. economic problems, and the eurozone crisis.

In 2011, Changi Airport handled 1.87 million tonnes of cargo. Although a 2.8 percent year-over-year growth, the volume was only equal to its 2008 levels, according to a company press release.

Changi officials said the incentive plan is expected to induce more cargo carriers to operate at the airport. Passenger carriers also stand to benefit with 5 percent rebates on landing fees.

Other CAGi incentives remain in place to support airlines’ traffic growth at Changi Airport and the launch of services to new destinations, as well as to attract new airlines, said the press release.

Lee Seow Hiang, CAG’s chief executive officer, said, “Changi Airport could not have achieved its leading position as a key international air hub without the support of our valued airline and cargo partners through the years. We are hence fully committed to strengthening our relationship with them through win-win partnerships and support programmes that will enable our partners and us to overcome the challenges ahead together and sustain our mutual growth for the long-term.”