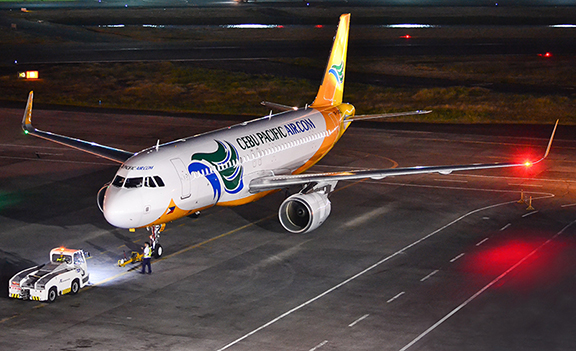 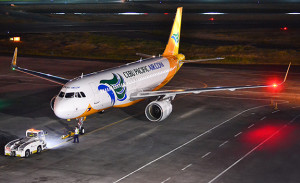 With this delivery, Cebu Pacific now operates a fleet of 53 aircraft comprised of 30 Airbus A320s, 10 Airbus A319s, five Airbus A330s, and eight ATR-72 500s. The airline said its fleet is one of the youngest in the world.

The newly arrived Airbus is the airline’s 11th aircraft to come equipped with Sharklets, which are 2.4-meter wingtip devices that enable lesser fuel burn and lower emissions.

Recently, the airline was fined P52 million for its numerous flight delays and cancellations at the height of the recent Christmas rush that led to passenger chaos at NAIA Terminal 3.

Cebu Pacific chief executive officer Lance Gokongwei, during a recent Lower House probe of the issue, expressed deep regret for the inconvenience suffered by the affected passengers, blaming absenteeism by its staff for the flight disarray.

Civil Aeronautics Board (CAB) executive director Carmelo Arcilla said Cebu Pacific’s fine will not be used to compensate affected passengers, but will instead go to the National Treasury as mandated by Republic Act No. 776, or the Civil Aeronautics Act of the Philippines.

Arcilla said it is not within the “prerogative of the CAB under its limited jurisdiction to assess a situation as the December 24 to 25 event and determine compensation.”

He instead advised passengers to seek compensation from Cebu Pacific themselves because CAB can only go as far as assisting passengers in filing claims based on their rights as airline passengers.

He said the airline “now has an OIC, who has been with Cebu Pacific since 2008.”

The former Bureau of Customs deputy commissioner said he is moving to another company and that his resignation does not have anything to do with the issue being faced by the airline.