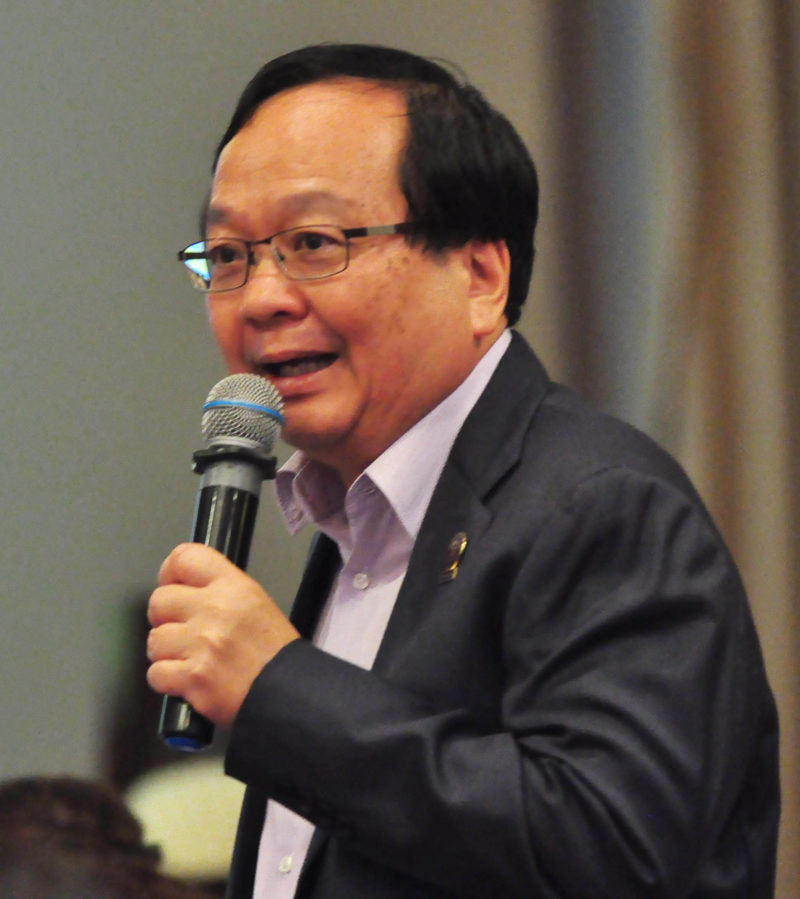 Enhanced ease of doing business and lower regulatory costs are the top recommendations of Cebu and Davao traders to improve trade facilitation and boost the Philippines’ economy and competitiveness at recent shipping conferences organized by logistics publications PortCalls and Asia Customs & Trade.

Marañon, in a speech during the 3rd Mindanao Shipping Conference 2018 held in Davao on August 3, said that “every businessman’s perspective in trade facilitation is simple: reducing costs.”

He said this means “less restriction and regulatory requirements, and a more rationalized trade cost where exporters need not pay more than the legally mandated fees to expedite the processes of exporting and importing.”

He added that there should be coordination among government agencies to simplify documentation and export and import facilitation procedures.

He said that being an exporter himself, he has seen how, in order to apply for permits to import at central offices in Metro Manila, his company needed to have a “permanent person” in the metro to do follow-ups of applications. Another cause of delay is the lack of readily available government personnel to check the compliance of traders.

Chiu, in a speech during the 2nd Visayas Shipping Conference 2018 on August 2, also noted that the “centralized application of permits complicates businesses.”

“The submission of applications directly to central offices of government agencies located in Manila would take weeks or months. This poses a huge burden to businesses, particularly for the small and medium enterprises who are more vulnerable to financial and efficiency costs; this is one of the most unfriendly requirements to investors,” Chiu explained.

He recommends granting to regional offices nationwide, instead of just to the main or central offices in Manila, the authority to approve applications so as to expedite the release of permits.

He also suggests revisiting port security clearance measures and other customs procedures “to reduce unnecessary cost for businesses trading in the regional market.” The CCCI president noted that other government agencies should revisit their procedures for reducing unnecessary costs as well.

Chiu said CCCI has for years advocated simplifying the processing of permits even as it welcomes the recent passage of the Ease of Doing Business Law. He said CCCI will be commenting on the law’s implementing rules and regulations, which are being crafted, to make sure they “will really support the intent of the law which is to ease the cost of doing business.”

Chiu said that for the near and medium term, CCCI wants to see “a foolproof automated and integrated single-entry point system in place that fulfills all import, export, and transit-related regulatory requirements that would significantly reduce the time and overall cost of completing import/export procedures, as well as increased transparency.”

Marañon, for his part, hopes for the immediate implementation, as soon as guidelines are completed, of the government’s TradeNet system. With TradeNet, processing time would be reduced from 3.5 days to an average of only minutes, he added.

TradeNet is an automated import and export licensing permit, clearance and certification system integrated into one platform that will connect 65 trade regulatory government agencies and 10 economic zones.

It will act as the country’s National Single Window (NSW), a requisite to link up with the Association of Southeast Asian Nations Single Window (ASW). The ASW aims to speed up cargo clearance and promote economic integration by enabling the electronic exchange of documents among the 10 member states of ASEAN.

Aside from facilitating processing of applications, permits and clearances, Marañon also highlighted the need to improve the country’s ports.

Our sea gateways need to be “globally competitive and make sure that cargoes are being handled properly,” which in turn would benefit importers and exporters, he said.

He said it is “very interesting to note that we have the highest trade costs which greatly affect the country’s competitiveness in comparison with our neighboring regions.” Exporters in the Philippines, he added, have higher costs than some of the other countries in Asia.

Marañon also hopes regional ports, particularly those in Davao, would be connected to more ports outside the country such as those in the US East Coast and Canada, as well in European countries where traders can also export their products.

Meanwhile, Chiu acknowledged efforts made by the government over the years to simplify import, export, and transit procedures but noted that to date, “some government procedures still proved to be bottlenecks for smoother trade transactions.”

For one, the Customs Modernization and Tariff Act (CMTA), which was signed into law on May 30, 2016, aims to modernize customs rules and procedures for faster trade, reduce opportunities for corruption, and improve customs service delivery and the supply chain.

Chiu noted, however, that two years since the law’s enactment, it has not been fully implemented “and has created some confusions particularly in the rulings of the Import Assessment Service” of the Bureau of Customs (BOC).

The Department of Finance and BOC have conducted public consultations on different provisions of CMTA, and have issued some final customs administrative orders implementing some of these provisions. However, many of the draft CAOs that have undergone public consultation have yet to be approved. According to sources, every change in BOC’s management causes corresponding changes to the team handling the drafting of the CAOs and requires new reviews of draft CAOs.

Chiu also asks the government to consult stakeholders on the implications of a new proposed policy to businesses, particularly those outside Metro Manila, before implementation. He said another issue for the private sector is the Department of Transportation’s public utility vehicle modernization program, which Chiu said “poses a threat” to truckers because of the planned imposition of a 15-year age limit on trucks.

He noted that no concrete alternative or incentive programs have been proposed to offset the impact of the program, which calls for the phase-out of majority of the country’s fleet. Cited a study by the Asian Institute of Management revealing that 80% of trucks plying the roads are 15 years and older, Chiu noted that implementing the program would raise transportation cost with the ensuing shortage of trucks.

According to Chiu, with the changing global economic order, “our country should make critical adjustments focusing on the trade facilitation on both domestic and international arrangements.”

“Eliminating these barriers to trade will raise efficiency among interacting businesses and ultimately lead to sustainable and inclusive growth of our economy,” Chiu said. – Roumina Pablo