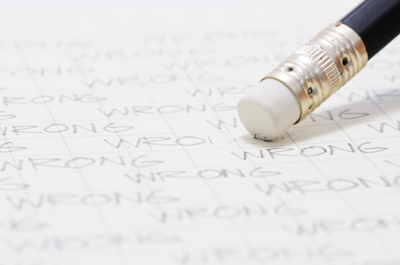 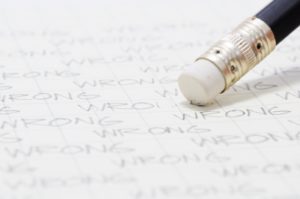 The Chamber of Customs Brokers, Inc. (CCBI) is asking the Philippine Bureau of Customs (BOC) to amend a customs order implementing the Anti-Agricultural Smuggling Act of 2016 to correct a definition that it claims effectively disenfranchises and outlaws customs brokers.

Customs administrative order (CAO) 02-2017, issued last May, contains the implementing rules and regulations (IRR) of Republic Act (RA) No. 10845, or the Anti-Agricultural Smuggling Act of 2016, which declares large-scale agricultural smuggling as an act of economic sabotage and levies heftier penalties on violators of the law.

In a letter dated July 14, CCBI president Atty. Ferdinand Nague requested Customs Commissioner Nicanor Faeldon to “take a second look at the Scope of the Practice of Customs Brokers under Sec. 6 of RA 9280 [Customs Brokers Act of 2004], and accordingly amend Sec. 3.1 of CAO 2-2017 to conform with the true intents and provision of RA 10845.”

According to CAO 02-2017, large-scale smuggling is committed by, among others, someone acting as a broker for a violating importer.

But Nague said someone “acting as broker” should not be equated as a customs broker.

CAO 02-2017 specifically says acting as a broker refers to “any person whose services consist of any of the following such as consultation, preparation of customs requisite document for imports, declaration of customs duties and taxes, preparation signing, filing, lodging and processing of import entries; representing importers before any government agency and private entities and rendering of other services in matters relating to customs and tariff laws, its procedures and practices.”

Nague noted that the CAO definition, as indicated in its footnote, was lifted from Section 6 of RA 9280, but that this “should not be the case.”

Nague said RA 10845 did not define “acting as broker” of the violating importer as referring to the scope of practice of customs brokers as defined under RA 9280.

As used in Section 3h of RA 10845, acting as broker “is not capitalized to mean customs broker and has neither referred to as customs broker nor to the scope of the practice of customs brokers as defined by Sec. 6 of RA 9280.”

He added that “nowhere, either directly or indirectly” in RA 10845 is it mentioned that acting as broker refers to customs brokers.

The definition of “acting as broker” as used under RA 10845, may only mean “broker,” which, Nague said, is defined under Black’s Law Dictionary as “an agent that acts as intermediary or negotiator, especially between prospective buyers and sellers or a person employed to make bargains and contracts between other persons in matters of trade, commerce, and navigation.”

With these definitions, Nague said, it is “so plain and unmistakable” that acting as broker and as customs broker “denote two lines of endeavor or occupation, each separate and distinct from the other.”

“It does not seem cogent, therefore, that ‘acting as broker’ should be made to include the ‘scope of practice of customs brokers’, considering, as has already been shown that these terms have different meanings, otherwise customs brokers will be outlawed, disenfranchised, and will no longer be allowed to professionally function or exist without violating RA 10845 by the simple definition provided under the said administrative order.”

Nague added that assuming legislators of RA 10845 intended to define acting as broker as being the same as the definition in Section 6 of RA 9280, “they should have easily done so by writing the same on the face of the law (RA 10845), but they did not.”

Faeldon’s office received the letter on July 18, and as of July 24, has not yet responded, according to Nague. – Roumina Pablo

Image courtesy of ningmilo at FreeDigitalPhotos.net