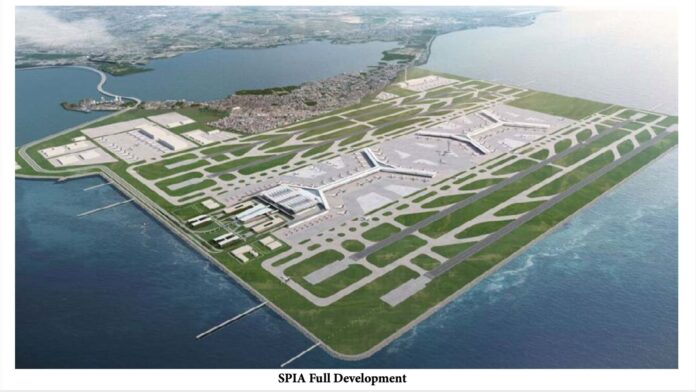 The provincial government of Cavite (PGC) is seeking new proposals for the Sangley Point International Airport (SPIA) Project after it cancelled last month the award of contract to the sole joint venture (JV) that bid for the project.

According to the second invitation to bid posted on February 15, the 1,500-hectare international airport development will still be implemented as a commercial JV arrangement between the provincial government and the selected JV partner.

The JV will be responsible for co-developing the project, providing the necessary equity investment, debt financing, and credit enhancements. It will also be performing engineering, procurement and construction services for the land and airport development components of the project.

The second invitation to bid was issued following last month’s cancelation of the award of contract to the JV of MacroAsia Corp. and China Communications Construction Company Ltd., which was the sole bidder for the project.

Remulla clarified that while negotiations have been cancelled, “the project will restart and hopefully have a successful negotiation with any qualified partner by October 2021.”

According to the second invitation, the request for proposals, including the project feasibility study, schedules and updates; instructions to candidate JV partners; and draft joint venture and development agreement, will be available for distribution from March 1 to March 30 at the Cavite Provincial Capitol in Trece Martires City.

The deadline for submission of JV proposals is May 4, 2021.

If interested, previously registered entities that bought the request for proposal during the first competitive selection process launched in October 2019 would have to submit a new expression of interest, update their registration details, and pay the renewal fee.

The project will be pursued under the PGC’s public-private partnership (PPP) code and JV ordinance. Under the terms of the project, there will be no objection clearance from the Department of Transportation and no sovereign loan or national government guarantee will be granted.