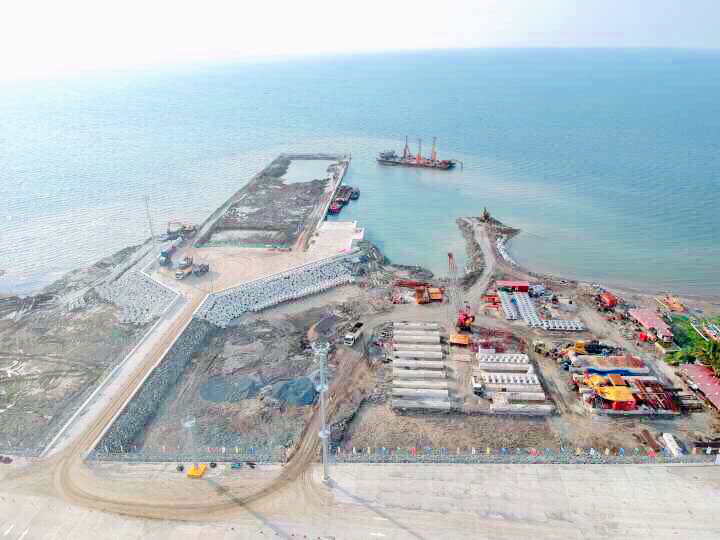 The Cavite Gateway Terminal (CGT), the Philippines’ first container roll-on/roll-off (ro-ro) barge terminal, will formally open in November, according to the Department of Transportation (DOTr).

“We are an archipelago, so this is really a no-brainer. Matagal na dapat ito. Madalas congested ang mga kalsada na papunta sa mga port, at ito ang magiging solusyon dyan [This should have been done a long time ago. It will be the solution to the congestion on roads leading to the ports.]. This project is also proof that when the government and the private sector work together, beautiful things can happen,” Tugade said.

DOTr said CGT will enable cargo from international ports in Manila to be transhipped to Cavite via barges and Ro-Ro operations.

“By moving cargo and people out of the roads and into the waterways, it would decongest traffic in major roads,” it added.

The terminal will also be integrated with other major Luzon port facilities for a cost-effective and time-bound access to the Cavite market, the transport department said.

DOTr projects that the terminal’s operations will result in some 140,000 fewer truck trips annually.

CGT can hold 115,000 twenty-foot equivalent units. It is 11 kilometers away from the Cavite Export Processing Zone Authority, whose users are the facility’s ideal clients.

Passenger ferry services from Cavite to Manila and vice versa will be made available in the future following discussions between the government and the operator, DOTr said.

CGT was started in October 2017 and completed in about a year. Earlier this September, barge operations began as part of the dry run prior to full operations.

In a presentation last September, Ramon Carreon, of Bay Bridge Services Philippines, Inc., provider of barge operations for CGT, said travel time by barge between CGT and MICT is around three hours, which is faster than traversing the roads, which can be clogged by traffic.

Import containers for transport to CGT must first be cleared with the Bureau of Customs.

Carreon said that while barging rates will be lower than existing trucking rates between MICT and Cavite, the barges won’t compete with truckers as users can still opt to use their own trucks to deliver containers to and from CGT.

When delivering containers from CGT to economic zones or warehouses, clients can either use their own trucks or CGT’s trucks.

ICTSI senior vice president and the head of Asia Pacific Region and Manila International Container Terminal (MIC) Christian Gonzalez told PortCalls in an earlier interview that CGT will be a “common-use facility” for barge operators, a condition set down by DOTr when it approved the unsolicited proposal.

“They want to make sure that this is a completely commercially viable opportunity for anybody that wants to use it,” he added, noting that ICTSI has already released the indicative rates.

Phase 1 of CGT has a project cost of US$30 million. In an earlier statement, ICTSI said part of the group’s $380-million capital expenditure for 2018 will be used to complete CGT, which will be Philippine Economic Zone Authority-bonded.