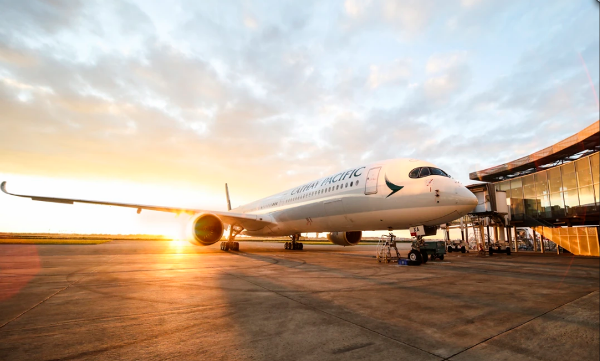 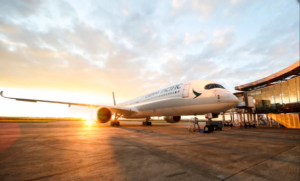 Hong Kong flag carrier Cathay Pacific is grounding 40% of its passenger fleet and moving it out of Hong Kong as the flag carrier fights for survival amid dwindling passenger numbers and unremitting cash burn.

The airline group in a statement said it is restructuring to be able to take on the long and uncertain road to recovery as the entire aviation industry reels from COVID-19.

“We are weathering the storm for now, but the fact remains that we simply will not survive unless we adapt our airlines for the new travel market,” said Cathay Pacific group chief customer and commercial officer Ronald Lam.

“A restructuring will therefore be inevitable to protect the company, the Hong Kong aviation hub, and the livelihoods of as many people as possible. We continue to move forward with our comprehensive review of all aspects of the business, and will make our recommendations to the board in the fourth quarter on the size and shape of the company to allow us to survive and thrive in this new environment.”

This comes as the carrier continues to reduce substantially its airlines’ capacity in response to significantly reduced demand as well as travel restrictions in place in Hong Kong and other markets.

Lam said passenger demand continued to be very weak as new waves of Covid-19 in its key markets dampened overall travel sentiment. With no new destinations being resumed in August, the airline saw only minimal increase in passenger flight capacity compared to the previous month. Overall passenger volume was down month-on-month and load factor dipped below 20%.

“We have already taken decisive actions to reduce our costs, but despite these efforts we are burning cash at a rate of HK$1.5 billion to HK$2 billion per month, and will continue to experience significant cash burn until the market recovers,” said Lam. “The recapitalisation provides us time and a platform from which to transform our business and continue to operate in the short term; however, it is an investment that we need to repay.”

“Given that we will be operating just a fraction of our services in the foreseeable future, we will continue to transfer some of our passenger fleet—approximately 40%—to locations outside of Hong Kong in keeping with prudent operational and asset management considerations,” Lam continued.

Cargo remains the stronger performer and there were greater movements of pharmaceutical products and live animal shipments across the network, while the company’s time-sensitive product—Priority LIFT—was also in good demand.

“We continued to introduce additional cargo capacity where possible. Our two Boeing 777-300ER aircraft introduced in July with some of their passenger seats removed continue to be well received and have been predominantly used for long-haul shipments. Overall in August we operated 436 pairs of cargo-only passenger flights—a similar number to July—of which 23 had cargo loaded into the cabins,” Lam said.

Looking ahead, he said they are cautiously optimistic of a reasonably promising cargo peak season, having received strong pre-orders.

“Beyond the traditional peak season, however, prospects are very unclear. Regional geopolitical tensions and the ongoing China-US trade dispute could have a significant adverse effect on airfreight demand, and the situation has the potential to deteriorate rapidly.”

On passenger demand, Lam said they still haven’t seen solid signs of immediate improvement. “We have therefore revised our operating passenger flight capacity down to about 10% in September and similar levels in October, subject to the further relaxation or tightening of travel restrictions and quarantine requirements.”

The Cavite provincial government has cancelled the award of contract to the joint venture seeking to develop first phase of the P208.5-billion Sangley...
Read more
Aviation

The Manila International Airport Authority (MIAA) has denied GMR-Megawide’s motion to overturn the revocation of its original proponent status (OPS) in the Ninoy...
Read more
Aviation