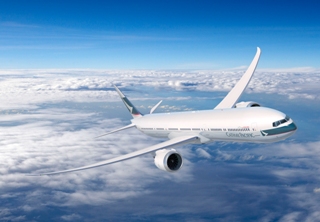 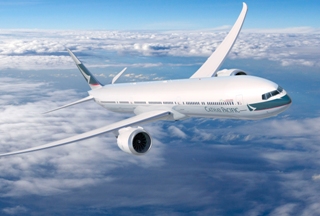 The airline had announced last week it was purchasing 21 Boeing 777-9X aircraft to upgrade its fleet and retire older models. The new airplanes, which have a list price of about HK$58 billion (US$7.5 billion), are scheduled to be delivered between 2021 and 2024.

Both aircraft types are already extensively employed by the carrier on its long-haul passenger and freighter routes. They deliver improved payload range capability at competitive operating costs, along with a reduced impact on the environment, a company statement said.

The latest freighter purchase means that the airline will operate 14 747-8Fs by 2016.

“Both the 777-300ER and the 747-8F offer a highly efficient solution on Cathay Pacific’s ultra-long haul routes, combining superb operating economics with a significant reduction in emissions,” Cathay Pacific chief executive John Slosar said. “These two aircraft types will form the backbone of our long-haul passenger and freighter fleets through to the end of the decade.”

Cathay Pacific’s current fleet consists of 140 wide-body aircraft. Following the latest purchase announcement, the airline is set to take delivery of a total of 93 aircraft from 2014 to 2024 at a total list price of about HK$222 billion.

In other developments, preliminary figures released by the International Civil Aviation Organization (ICAO) show that global air cargo traffic saw an increase of about 1 percent in 2013 year-over-year, or about 51 million tonnes of freight carried.

Asia-Pacific airlines had the largest share of global freight tonne-kilometers (FTKs), but saw a contraction in overall freight volume similar to what was experienced by North American carriers.

The Middle East remained the region with the fastest air cargo traffic growth in 2013 compared to 2012, accounting for 12 percent of global FTKs.