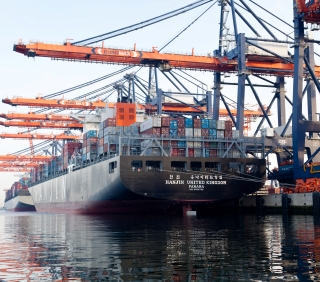 The recent formation of alliances on the Asia-Europe lanes can intensify competition, prolong the rate wars, and bring about a disastrous 2012 for box lines, warns analyst Alphaliner.

“These developments forebode that the unrelenting rate war on the Asia-Europe trade is set to continue and could spell disaster for carriers in 2012,” Alphaliner said.

The warning comes in the wake of new cooperative agreements struck recently in respond to the launch by Maersk Line of its Daily Maersk providing daily services on the Asia-Europe loops.

“If one of Maersk’s intentions in launching the Daily Maersk product in October was to kill off its competitors with its comprehensive coverage of the Far East-North Europe trade, the strategy is clearly not working out as planned,” Alphaliner noted.

The analyst said the new partnerships and the impending arrival of newbuildings can only aggravate the problem of excess capacity and falling freight rates.

So far the major partnerships forged include that between MSC and CMA CGM early in December, the six-member super alliance G6 between the Grand Alliance and the New World Alliance a few weeks after and, recently, the intensified collaboration formed between Evergreen Line and CKYH-the Green Alliance.

Alphaliner said these regroupings will push other carriers on the Asia-Europe trades to clinch their own collaborative pacts that will not lead to a capacity reduction.

In fact, COSCO and China Shipping announced in a December 28 press statement a greater cooperation between them on the Asia-Europe and Asia-Mediterranean loops to increase service frequency and port coverage.

“The much-hoped for rationalisation of Asia-Europe services is not bound to materialise, as the consolidation of services under the new partnerships fails to remove any excess capacity,” Alphaliner said.

The delivery of new ultra-large vessels from shipyards is also bound to increase tonnage on these lanes, with the G6 Alliance seen to introduce 18 newbuildings of capacities between 10,000 and 13,000 TEUs in 2012, and MSC and CMA CGM with 20 new vessels having capacities of 13,000 to 16,000 TEUs.