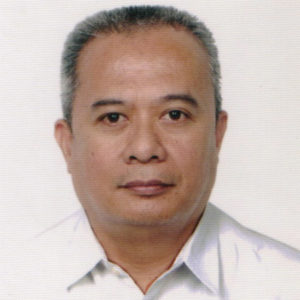 Sometime in April 1995, Nich Corp shipped to Universe Motors [UM] 219 packages containing 120 units of brand new pick-up trucks, without engine, tires and batteries, on board the S/S “Cagayan” from Japan to Manila. The shipment was insured with Phil Insurance Co. [PIC].

S/S “Cagayan” arrived at the Port of Manila end-April 1995 with one package found to be in bad order during the unloading. The cargoes were stored for temporary safekeeping inside the CFS warehouse of Avon Terminals, Inc. [ATI], the arrastre operator.

The shipment was subsequently withdrawn and delivered to the warehouse of UM. A bad order survey was conducted on the cargoes. One frame axle sub was found to be deeply dented, deformed and misaligned.

On 4 August 1995, UM filed a claim for damages in the amount of PHP643,963.84 against Eastwind Shipping Corporation [Eastwind], as the carrier. As the demands of UM remained unheeded, it sought reparation from and was compensated by PIC.

As subrogee of UM, PIC filed a complaint for damages against Eastwind and ATI before the Regional Trial Court of Makati [RTC].

After trial on the merits, the RTC ruled in favor of PIC and ordered Eastwind and ATI to pay jointly and severally PIC.

The RTC held  there was sufficient evidence to establish the respective participation of Eastwind and ATI in the discharge of and consequent damage to the shipment.

On appeal, the Court of Appeals  [CA] affirmed with modification the RTC ruling.  The motions for reconsideration of Eastwind and ATI were denied by the CA and the case was elevated to the Supreme Court [SC].

In the SC, Eastwind  argued that  sole liability for the damage rests with ATI since it was ATI’s stevedores who operated the ship’s gear to unload the cargoes.

But ATI contended that the cargo damage was due to negligence of Eastwind in the supervision of the stevedores who unloaded the cargoes.

“The court a quo, however, found both petitioners Eastwind and ATI, jointly and severally liable for the damage to the cargo.  It observed that while the staff of ATI undertook the physical unloading of the cargoes from the carrying  vessel, Eastwind’s duty officer exercised full supervision and control over the entire process. x x x

It is settled in maritime law jurisprudence that cargoes while being unloaded generally remain under the custody of the carrier.  The Damage Survey Report of the survey conducted by Phil. Navtech Services, Inc. from April 20-21, 1995 reveals that Case No. 03-245-42K/1 was damaged by ATI stevedores due to overtightening of a cable sling hold during discharge of the shipment and while under the supervision of the carrier, the latter is liable for the damage caused to the cargo.

This is not to say, however, that petitioner ATI is without liability for the damaged cargo.

Handling cargo is mainly the arrastre operator’s principal work so its drivers/operators or employees should observe the standards and measures necessary to prevent losses and damage to shipments under its custody.”

This story is an exception to the rule that the arrastre operator and the carrier are not always and necessarily solidarily liable for the damage to the cargo/es.

For comments, email the writer at jtb@pac-atlantic.com.ph.

Can the Philippine Bureau of Customs question propriety of entry and settlement of duties beyond one year from date of payment of final duties?   No....
Read more
Narrow Channel

Who Gets to Decide Degree of Disability of Seafarer?

In determining the degree of disability of a seafarer, should the assessment of the company-designated physician prevail over that of the physician appointed by...
Read more