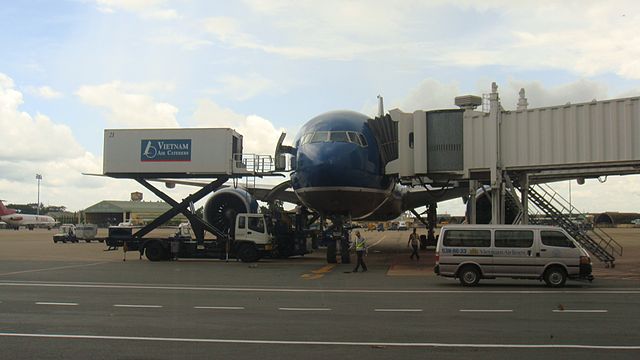 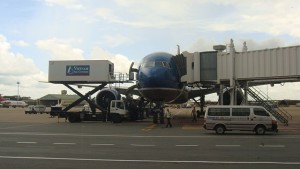 Airlines posted their biggest volume growth for the third quarter of this year in September, as cargo expanded 1.9% year-on-year and chalked up a modest month-on-month yield increase of 0.4%, the first such improvement since last February, according to the latest data from WorldACD.

The report forecasts that, based on industry performance in the first three quarters of the year, “2015 will be known as a year of modest volume growth, coupled with the largest USD-yield decrease in many years.”

Year-on-year volume increased by 4.2% in the first quarter, by 2.8% in the second, and by a mere 1.2% in the third quarter, making for a year-to-date growth of 2.7%. At country level, Australia, Bangladesh, and Vietnam stand out with a year-to-date volume growth of more than 20%. Vietnam managed that growth with yields dropping very little.

Year-to-date (YTD) revenues is an altogether different story, said the air cargo market provider. When expressed in US dollars or the Chinese yuan, a considerable year-on-year decrease of 12% and 10%, respectively, emerges. But the same revenues expressed in Japanese yen or the euro shows an increase of 4% and 8%, respectively.

“If nothing else, this difference reveals that it will not be easy to qualify the year 2015 as uniformly bad for air cargo. When it comes to individual companies’ results, factors other than worldwide averages come into play,” said the report.

According to the broad index of the U.S. Federal Reserve, over the past 12 months the dollar appreciated by about 15% against a basket of currencies from countries with which the U.S. trades.

“This will have different effects on different players. Companies with a good balance between revenues and cost in specific currencies, will see their results influenced less by rates of exchange than companies not having such a fit. Thus, the 14% decrease in USD-yields (YtD) will not necessarily mean (the same level of) bad news for all airlines,” said WorldACD.

By origin, African airlines continued to lead with a volume growth of 4%, similar to this month’s growth for the origins Europe and Asia Pacific. The Gulf Area recorded a volume decline of 21%, heavily influenced by the shift in Eid al-Adha from October last year to September this year.

In the month, non-general cargo grew by 7.8% year-on-year worldwide. This increase was mainly caused by growth in the transport of dangerous goods (12%), perishables, and pharmaceuticals (both 9%). In pharmaceuticals, Europe strengthened its dominant position (11%), while in perishables, the traditional “powerhouses” Africa and Latin America lost some ground. However, in overall dollar revenues for all product categories together, Africa and Latin America lost much less than the other areas.

The cargo airline will deploy a Boeing 777 freighter every Thursday from Frankfurt, transit via Mumbai in India then proceed to HCMC and complete the cycle in Hong Kong.