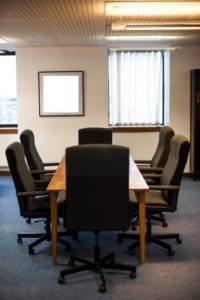 Customs brokers will seek an audience with Philippine Customs Commissioner Nicanor Faeldon regarding the latter’s threat to cancel accreditation of brokers and importers starting next year if no one reports to him about corrupt practices in the agency.

Chamber of Customs Brokers, Inc. (CCBI) president Dennis Del Pilar told PortCalls in a phone interview that he cannot issue a statement on the issue yet until he secures board approval on the same but that the association is seeking an audience with Faeldon.

Del Pilar said during CCBI’s national assembly held on Nov 29, the same day the threat was announced at a separate forum, the commissioner, who was one of the assembly speakers, announced his plan to hire 1,000 customs brokers for BOC plantilla positions due to their expertise in customs and tariff measures. BOC currently has around 3,000 vacant plantilla positions.

In a media forum, Faeldon said brokers and importers have until the end of this year to report illicit activities they have encountered while transacting with customs personnel; otherwise, they stand to lose their accreditation.

He said he has been asking stakeholders for reports on corrupt practices conducted in the agency, but that no one has come forward.

“I don’t believe you don’t know anyone who you have transacted illicit procedures with in… BOC,” the customs chief said, referring to customs brokers and importers.

“I’m already questioning your honesty… In fact, I’m now contemplating removing all of you, your accreditation, and you will start from zero,” he added.

“Because if what you say is true, that brokers and importers are aggravated by the BOC, I don’t think it will take you one year to decide to go and complain [about] these people. I have already proven to you I mean business, bakit wala sa inyo lumalapit [so why isn’t anyone coming up to me]?” Faeldon asked.

He said he is giving customs brokers and importers until the end of the year to report corrupt customs personnel, or else lose their accreditation starting next year.

“You still have time. Make up for the country. You’re cheating in paying taxes, tariff. You are the ones trying to avoid paying 100% of duty that is due to the government,” he said.

Even before taking office, Faeldon already made a sweeping allegation against brokers, calling them “manloloko” (cheats) who are “conduits to smugglers.”

“Kasi pag nakakahuli tayo ng malalaki walang may-ari, nakasulat lang consignee sa isang hao shiao na broker [Whenever we apprehend big shipments, there are no owners, as these are just consigned to hao shiao brokers],” he said. Hao shiao is a term used to describe fake personnel at the BOC or in the industry.

Image courtesy of stockimages at FreeDigitalPhotos.net