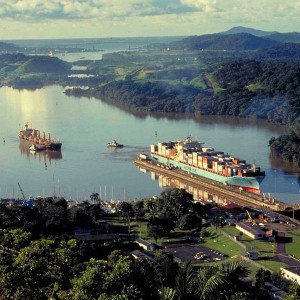 The container carrier industry posted a decline in revenue in the past two years, and the industry will continue to struggle in 2015 and beyond against headwinds over continued supply and demand imbalances, according to AlixPartners’ 2015 Container Shipping Outlook.

Despite declining revenue, carriers managed to achieve a 7% increase in EBITDA (earnings before interest, taxes, depreciation, and amortization) during the same period. This could be that carriers have responded to a difficult environment by focusing on their core container businesses, cutting costs, and exiting noncore businesses through asset sales, said the report.

Specifically, only five carriers—all Asia-based—of the 15 studied demonstrated EBITDA growth in 2012-2013 and 2013-2014. Only two companies generated negative EBITDA for 2014—an improvement from five in 2013.

The report said the container carrier industry has grappled with financial distress for much of the past decade, and while the rate of decline appears to be moderating, these results are not sustainable.

“Traces of improvements are evident, but they are not significant; and the industry as a whole has yet to demonstrate the ability to sustain them,” it added. “Operating improvements will likely continue to prove difficult to achieve amid flat or declining demand.”

“The Altman Z-score, an indicator of financial distress, was only slightly higher in 2014 compared with 2013, suggesting minimal improvements in the carriers’ ability to stave off bankruptcy.”

The chase for fuel efficiency drove the introduction of increasingly large vessels, which put unprecedented pressure on the container shipping segment and which will remain the force driving industry dynamics in 2015.

It forecasts the number of mega vessels (more than 13,300-TEU capacity) in service—which predominantly serve these major East-West trade lanes—to double by the end of 2017. This segment of the global fleet will eventually account for more than 10% of global TEU capacity.

Holding growing fleets of large vessels and facing lagging demand, carriers are left with little choice except to begin working together. Carriers have preferred to consolidate operations through a growing number of alliances, although 2014 did see the first merger in many years between top 20 lines, with Germany’s Hapag-Lloyd merging with Chilean carrier CSAV.

The report projects alliances to remain in vogue in 2015, as the concentration of capacity in fewer hands enables the ocean carriers to more effectively manipulate vessel sailings, schedules, and transit times.

In the past year, longtime independents such as China Shipping and Evergreen joined with major alliances Ocean Three and CKHYE, respectively. The 2M agreement between Maersk and MSC, on the other hand, drove CMA CGM to align with Ocean Three.

Many of these strategic and tactical decisions were caused in recent years by historically high oil prices. Bunker costs represented an estimated 22% of total container-shipping unit costs in 2013. As a significant factor in the container operators’ cost profile, a recent reduction in bunker cost has provided carriers with some financial breathing room.

But recent decreases in bunker fuel prices, while welcome, will likely not offer a permanent fix, continued AlixPartners. It said shippers will likely capitalize on it as an opportunity to continue pressuring container operators to further reduce freight rates.

In addition, lower fuel costs could lower the benefits of slow steaming, causing carriers to speed up their vessels to increase throughput and revenue, further increasing capacity in a market that’s already oversupplied.

But the consultancy said two emerging trends are offering hope for the industry to return to profitability. One is the focus on core business activities which has seen divestment of noncore assets and subsidiaries, which has served to improve balance sheet positions.

The other is the focus on customer and service profitability. Although profitability has improved, much of the focus has been on reducing operating expenses. Carriers can also expand margins by focusing on route profitability, selective customer targeting, and smarter allocation of scarce inland dray resources.

The report concluded: “Many carriers are doing the right thing by shedding peripheral assets in favor of focusing on core container shipping operations. Successful carriers will likely match this focus on investment with an in-depth understanding of profitability at the trade, route, and customer levels.”