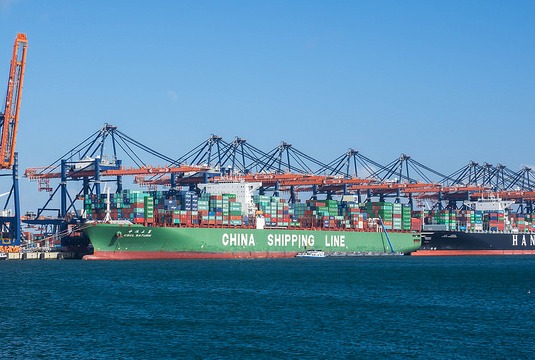 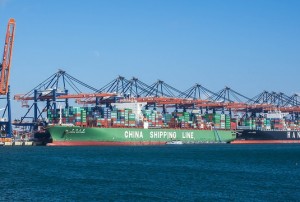 September proved to be a “terrible” month for the container shipping industry, according to a recent analysis by Freight Investor Services (FIS).

Rates fell 59% during the period, from US$763 to $313 per TEU as reported on September 25 on the Shanghai Containerized Freight Index, a measure that tracks spot rates of shipping containers from Shanghai to 15 major destinations around the world.

FIS noted how the tail end of September saw the second largest ever fall in percentage terms of 31%, only surpassed by the 33% decline recorded back in May this year. At current levels, rates are now 62% lower than the same period of 2014, it added.

What’s more worrying for carriers is that “rates are fast approaching, if not already entered into, negative freight territory for the second time in less than six months,” said FIS.

With the bunker adjustment factor charges for October on the Asia-Europe route ranging from sub-$200 a TEU to $400 per TEU, carriers are expected to make another big push for a general rate increase. But the report said industry watchers are not looking at this plan with optimism “given the most recent failure of the September 20th GRI.”

“Looking further ahead, reports already suggest that Q1 2016 rates of around $600-$700 FEU are being bandied about on the Asia-Europe trade, suggesting little to no expectation for a significant increase in rates in the short to medium term.”

In related news, total annual operating costs in the shipping industry fell by an average of 0.8% in 2014 from the 0.3% average fall in costs recorded for 2013, according to a new report by financial research and consultancy service Moore Stephens.

All categories of expenditure were down on those for the previous 12 month period, confirming that ship owners and operators continued to manage costs sensibly and to watch their cash carefully in 2014.

On a year-on-year basis, the tanker index was down by 2 points, or 1.1%, while the bulker index fell by one point, or 0.6%. The container ship index, meanwhile, was down by 2 points, or 1.2%. The corresponding figures in last year’s study showed a rise of 2 points in the tanker index, and falls of 2 points in the bulker and container ship indices.

The overall drop in costs of 0.4% recorded for insurance compares to the 0.3% fall recorded for 2013, and is the lowest in this category for a number of years.

Partner Richard Greiner says: “This is the third successive year-on-year reduction in overall operating costs. This comes as something of a surprise, and is contrary to earlier forecasts. Shipping is clearly watching the pennies, and it may also be the case that more competitive pricing for goods and services has had a part to play in holding down expenditure. Beyond that, as always, the impact of exchange rate changes cannot be determined readily.”

The challenge for shipping is how to build the cost of operation into freight rates in a way which allows for a reasonable profit margin in an industry which is driven by competition and characterized by overtonnaging, said the report.

“Given that, over the next few years, annual seaborne trade is projected to grow at a reasonable rate, and that the cost of regulatory compliance is likely to increase significantly, one would expect operating costs to rise over the same period. Two things are certain. Firstly, the business of operating ships will remain a costly undertaking. Secondly, the impetus for higher freight rates will not come from the shipping industry’s customers,” it concluded.