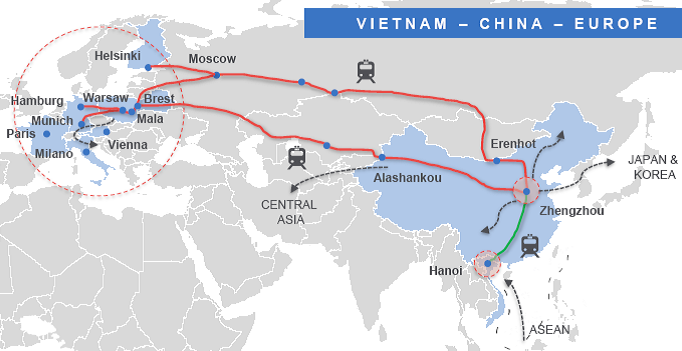 Bolloré Logistics Vietnam has introduced a new railway route from Vietnam to Europe.

This new service will offer customers a complementary solution to existing sea freight transport solutions, said the logistics company, part of the French-based Bolloré Group, in a news release.

For customers in Danang and Ho Chi Minh City looking to move their cargo to Hanoi, the company is also able to provide quotations for trucking services.

There will be a weekly train departure, with each train taking 30 to 35 days in transit from terminal to terminal. From Hanoi, the train goes via Zhengzhou in eastern China to and from a variety of stations across Europe, including Hamburg, Warsaw, Helsinki and Milan.

Launched November 25, the new route will link Ho Chi Minh City’s and Hai Phong’s ports in Vietnam with the largest gateways of India, cutting transport time by over 10 days.