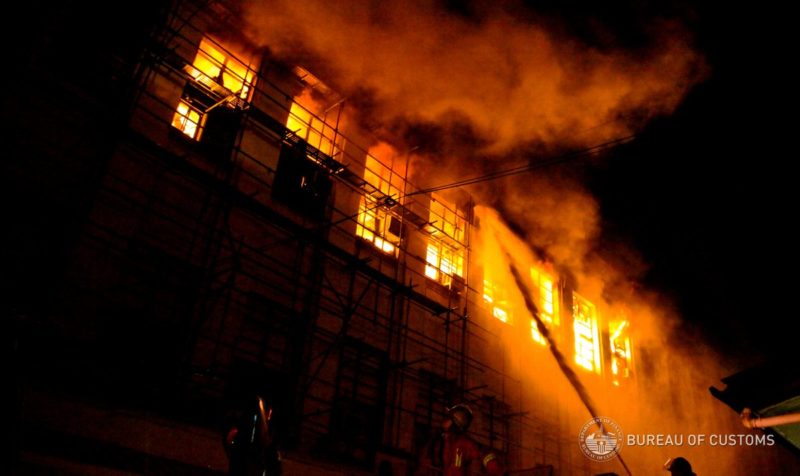 There will be no disruption in Bureau of Customs (BOC)-Port of Manila (POM) services following the fire that hit the building on the evening of February 22, assured Manila International Container Port (MICP) district collector and concurrent BOC spokesperson, Atty. Erastus Sandino Austria.

The blaze started on the third floor of the BOC-POM building and reached fifth alarm. The fire was put out at 7.10am on February 23.

Austria said offices affected by the blaze (specifically the Formal Entry Division) will temporarily hold office in the BOC gym. Other offices will temporarily stay in a nearby area to maintain efficient processing of transactions at the port. “This is the immediate concern and priority of the Commissioner” Austria said.

Austria relayed instructions of Customs commissioner Rey Leonardo Guerrero that the BOC will ensure the continuity and efficiency of  POM, the agency’s third largest collection district. 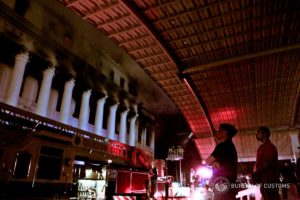 The BOC will also coordinate with nearby government offices such as the Philippine Ports Authority, Maritime Industry Authority, as well as the port operator near POM for possible use of offices for BOC personnel.

Electronic-to-mobile recabling is currently ongoing so that BOC-POM is operational on Tuesday, Feb 26. Monday is a holiday due to the People Power Anniversary.

There is no advisory for manual processing, Austria added.

“We have storage facilities for documents… (removed) from the building on a regular basis. The BOC is mandated by law to keep soft copies. Our ICT building is located in a different building within the BOC compound. There, the BOC database is kept and secured. Electronic copies of all transactions are there. Hence, walang mawawalang (there will be no missing) important documents of POM,” according to the BOC Public Information and Assistance Division (PIAD).

The Bureau of Fire Protection (BFP) immediately responded to the fire, deploying more than 30 fire trucks. The Philippine Coast Guard and Philippine National Police were quick to respond as well.

Commissioner Guerrero was on the ground when the fire started, along with the agency’s deputy commissioners, directors, and POM and MICP district collectors.

The BOC and the BFP are still trying to determine what caused the fire; a formal investigation will soon commence.