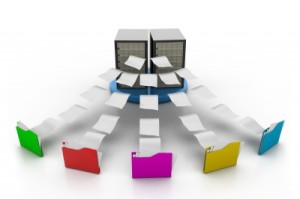 Only a measly number of entries were filed during the four consecutive weekends that the Bureau of Customs (BOC) was open for operations. This is despite government’s call for port stakeholders to utilize the weekend windows to help decongest Manila ports.

BOC decided to operate on weekends starting June 28 at the Port of Manila and the Manila International Container Port (MICP) to ease overcrowding at the ports after they breached maximum utilization levels as an effect of the Manila truck ban.

No entries were filed when weekend operations were first launched on June 28-29.

The number of entries inched up slightly during the next two weekends. On the weekend of July 12-13, MICP recorded 51 transactions on July 12, of which 36 were transshipment entries. No entries were filed at POM.

In total, there were only 24 entries for the Port of Manila and 102 entries for MICP during the first month of weekend operations.

“Our offices are open on weekends and we enjoin the private sector to take advantage of the weekend operations,” Charo Lagamon, BOC chief of the public informational and assistance division, told PortCalls in a phone interview, adding that a “collective solution” is needed to help de-clog the ports of Manila

Aside from opening on weekends, BOC also extended its operations from 7 a.m. to 7 p.m. on weekdays at the Manila and Calabarzon (Cavite, Laguna, Batangas Rizal and Quezon) ports and sub-ports to handle more Philippine Economic Zone Authority (PEZA) shipments.

BOC, together with the Department of Trade and Industry, Philippine Ports Authority (PPA) and PEZA, earlier asked shippers to withdraw cargoes on weekends.

“The weekend clearance and release of cargo will greatly ease congestion at the Manila Ports and will ensure timely delivery of cargoes to companies,” PPA general manager Juan Sta. Ana said earlier.

Despite the premium payment for clearing and withdrawing cargoes on weekends, Sta. Ana noted “bigger savings will be recorded over time through faster delivery of goods and lower cost relative to demurrage and storage fees.”