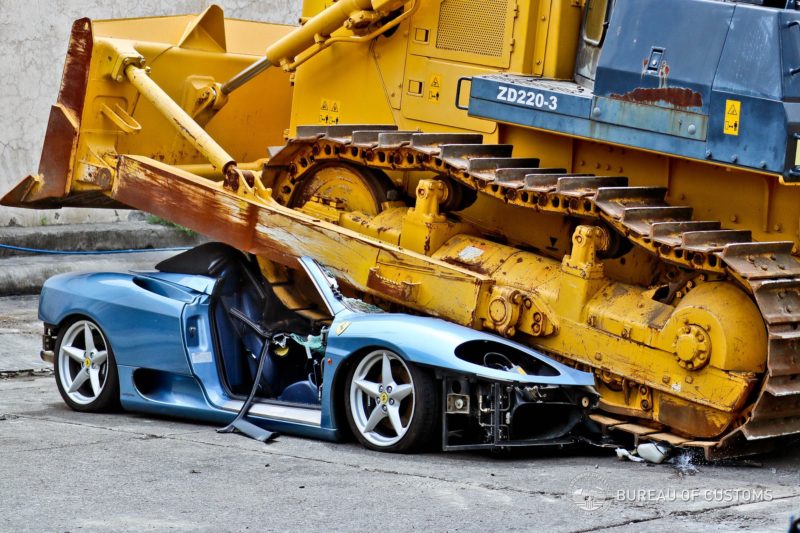 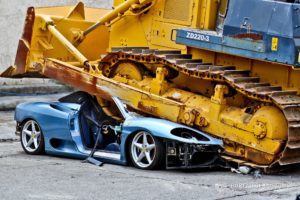 The Bureau of Customs (BOC) has released new rules and procedures for all modes of disposition of seized, abandoned, and forfeited goods.

Customs Administrative Order (CAO) No. 03-2020 aims to provide simplified and streamlined rules “for the speedy disposition of goods in order to maximize revenues that can be generated, to ensure that goods injurious to public safety and health are properly disposed and to protect the interest of government.”

CAO 03-2020, which was published on March 5 and takes effect on April 4, implements Section 1118 (Sale of Perishable Goods during Forfeiture Proceedings) and Chapter 10 (Disposition of Property in Customs Custody) of the Customs Modernization and Tariff Act (CMTA).

According to the book Understanding International Trade, Customs and Tariff by former BOC deputy commissioner Atty. Agaton Teodoro Uvero, Chapter 10 restates many of the old provisions with major changes, including the option to donate the forfeited goods to another government agency or to declare them for official use of the bureau, and that regulated goods will be disposed of in the manner determined by the regulating agency and not BOC.

Goods in customs custody that are subject to disposition include abandoned goods with final decree of abandonment; goods deemed abandoned pursuant to Section 811 (Period of Storage in Customs Bonded Warehouses) of the CMTA; forfeited goods, other than prohibited, restricted and regulated goods after liability have been established by the proper administrative or judicial proceedings; goods subject to a valid lien for customs duties, taxes, and other charges collectible by BOC, after the expiration of the allowed payment period; and goods subject of forfeiture proceedings when certified by the customs officer as perishable goods.

The modes of disposition include public auction, donation, official use of BOC, negotiated sale, re-exportation, destruction or condemnation, and turnover to proper government agency.

Prohibited from joining public auctions are employees or officials of BOC; importers or consignees of the goods being auctioned; bidders who failed to pay the winning bid price in any auction conducted by BOC twice and those disqualified by ports for other infractions in the last 12 months; and offeror/s or his or her authorized representative/s who are not present during the opening of the sealed offers.

All proceeds from sales through public auction after deduction of charges and subject to the claim of the owner or importer of impliedly abandoned goods as provided in Section 1130 (Treatment and Disposition of Abandoned Goods) of the CMTA will be deposited in a Forfeiture Fund.

The Forfeiture Fund will be in the name of and managed by BOC, subject to the usual government accounting rules and regulations. It will be used to facilitate customs seizure, abandonment, and forfeiture proceedings, enhance customs intelligence and enforcement capabilities to prevent smuggling, and support BOC’s modernization program, among others.

Donation or official use

Goods for donation are those that have remained unsold after at least two public auctions for want of or lack of an acceptable bid.

Donation may be to another government agency after approval of the Finance secretary, or to the Department of Social Welfare and Development in case of goods suitable for shelter, foodstuff, clothing, materials, or medicines.

Goods for disposition or which remain unsold after at least two public auctions and which are suitable for official use to promote intensive collection of taxes and/or help prevent or suppress smuggling may be declared by the Customs commissioner for official use of the BOC, subject to the approval of the Finance secretary.

Goods which remain unsold after at least two public biddings and that are not either suitable for BOC’s official use or for donation may be sold through a negotiated sale subject to the approval of the Finance secretary and executed in the presence of a Commission on Audit representative.

Prohibited from joining negotiated sale are employees or officials of BOC; importers or consignees of the goods being auctioned; defaulting offerors unable to comply with the payment requirements and those disqualified by ports for other infractions in the last 12 months; offerors or his or her authorized representative who are not present during the opening of the sealed offers, or who failed to comply with any of the documentary requirements.

Goods with a value of P50,000 and below or those in the nature of personal effects will be disposed of through garage sale. For this purpose, the Customs commissioner will issue a separate customs memorandum order.

Re-exportation and turnover of goods

Re-exportation as government property of goods, meanwhile, is for goods not disposed of through public auction, donation, and official use, or for goods injurious to public health. Re-exportation should be done pursuant to international agreements and treaties.

Turnover to proper government agencies, meanwhile, is provided under Sections 146 and 1147 of the CMTA.

Violations of CAO 03-2020 committed by any person, officer, or employee will be penalized in accordance with the CMTA and other applicable penal provision.

Until an ICT-enabled system for storing electronic documents pertaining to the registration of bidders, accreditation of contractors, and the conduct of public bidding or garage sale is fully implemented, BOC will implement the provisions of CAO 03-2020, ensuring that the processing of personal information collected during the registration of bidders and accreditation of contractors complies with the Data Privacy Act of 2021.

CAO 03-2020 repeals or amends all other inconsistent rules and regulations. – Roumina Pablo