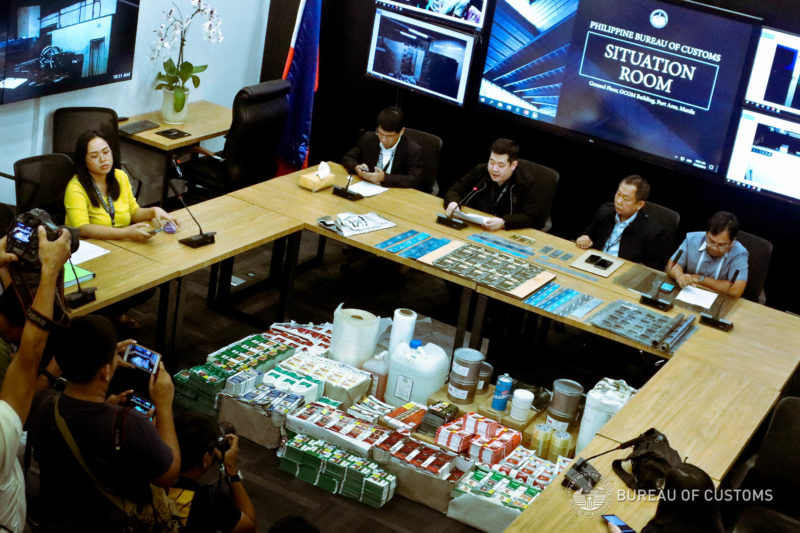 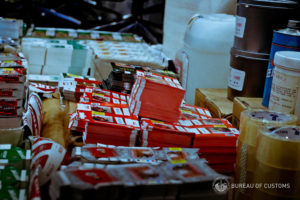 The Bureau of Customs (BOC) has seized machines used to print fake cigarette labels/packaging in Valenzuela City and arrested five Chinese nationals and a Filipino suspected of involvement in the activity.

On June 25, 2019, combined forces from the BOC and Philippine Coast Guard-Special Operations Group went to Valenzuela City to conduct anti-smuggling operations after receipt of information that a warehouse in the area may be involved in smuggling of fake cigarette labels/packaging.

Armed with a letter of authority, the team, together with the local police and officials from the local government unit, as well as brand representatives from Phillip Morris and Japan Tobacco International, inspected the warehouse facility at Michel Printing Services, Maysan Road corner A. Cantillon Street, Valenzuela City. 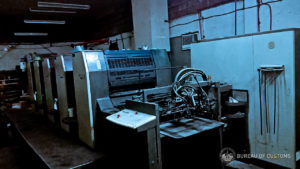 while the Filipino suspect was identified as a certain Michael Jamora.

The pack labels and carton labels, also known as “hinge lid blanks,” were examined by representatives from PMFTC Inc., the Philippine affiliate of Philip Morris International, who confirmed they were fake and did not bear characteristics of the original or genuine Fortune, Mark, More and Jackpot hinge lid blanks.

A criminal case was filed on June 26 against the suspects for violation of provisions of Republic Act 8293 (Intellectual Property Code of the Philippines) and of RA 10863 (Customs Modernization and Tariff Act).

Assistant commissioner Atty. Vincent Philip Maronilla, in a press briefing on June 27, said BOC is conducting follow-up investigations as a syndicate may be behind the illegal operation; apprehensions in previous months also involved other illegal cigarette-making operations.

Enforcement Group deputy commissioner Atty. Teddy Sandy Raval said BOC is also looking at the possibility that the Philippines is being used for illegal manufacture of cigarettes for export. Recent raids revealed some cigarette brands not usually found or bought in the Philippines are illegally manufactured here. For example, he said, BOC recently seized cigarettes under the brand Manchester, which is sold in Australia.

Maronilla said the numerous seizures of fake cigarettes and illegal cigarette-making equipment can be “directly related” to the rise in tobacco excise tax under the Tax Reform for Acceleration and Inclusion or TRAIN Law, which took effect last year.

He noted that from January to June, fake cigarettes and cigarette-making equipment were the third largest volume of high-value items that BOC had seized, next to other counterfeit products. This is why BOC’s mother agency, Department of Finance, he said, ordered the customs bureau to intensify operations against these products.